CONWAY – Dorothy Felton Lovegrove, age 95 of Conway, passed away peacefully at her home on October 4, 2019. 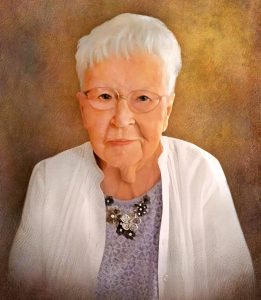 She was born on May 7, 1924 to Moses and Elsie Lee Felton. Mrs. Lovegrove graduated from Colerain High School and Kee’s Coastal Business College in Norfolk, VA. Dorothy worked as bookkeeper for Beasley Oil Company in Colerain. She was married to William Robert Lovegrove, Jr. for thirty-five years. During her marriage she worked as a homemaker raising four children and farming with her husband. Following the death of her husband, she was employed as a manager at Mill Outlet Cloth in Lewiston. Mrs. Lovegrove was a member of the Sandy Run Baptist Church in Roxobel.

The family would like to extend a special thanks to the caregivers, Jean Benthal, Betsy Boyce, Nicole Archer, Reina Woods and Lori Taylor.

Garrett-Sykes Funeral Service of Rich Square is handling the arrangements for the Lovegrove family and online condolences can be directed to the family by visiting www.garrettsykesfs.com.