Mr. Lilley was born in Gates County on March 18, 1931, and was the son of the late Glenn N. Lilley, Sr. and Elma Barnes Lilley. An Army veteran and a graduate of North Carolina State University, he was employed for 40 years with the North Carolina Department of Agriculture. He had served on the Board of Directors with NC Pork Producers Association and was an Honorary Member of the Gatesville Ruritan Club.

In addition to his parents, he was preceded in death by his wife, Patricia Dyke “Pat” Lilley; a granddaughter, Catherine Barnes Lilley McLean; and a sister, Elia Dorsey. 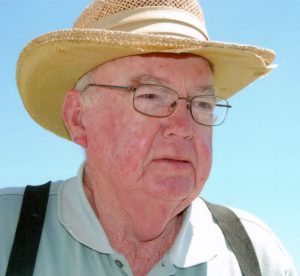 A memorial service will be held Tuesday, October 1 at 2:00 p.m. in Gatesville Baptist Church. The family will receive friends in the social hall of the church immediately following the service, and all other times at Doug and Martha’s home, 400 Main Street, Gatesville.

In lieu of flowers, the family suggests memorial contributions be made to the Palliative Care Suite Project at Vidant Roanoke-Chowan Hospital, P.O. Box 1385, Ahoskie, NC 27910.