MURFREESBORO – An attempt to use a counterfeit bill was thwarted recently by the Murfreesboro Police Department.

George Perry of Louisburg was arrested by MPD on Tuesday, Sept. 24 after passing a counterfeit $100 bill at a local business. MPD Chief David Griffith said the business immediately checked the bill and identified it as fake.

Perry ran from the store and was pursued on foot by MPD Officers Louis Dimino and Sgt. Jeffery Woodard. After a couple of blocks, the suspect was taken into custody without incident. 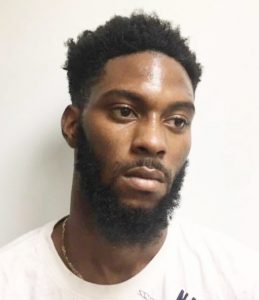 It was discovered that Perry also had in his possession 10 more counterfeit $100 bills and marijuana.

Perry was taken to the Hertford County Jail and placed under a $20,000 secured bond. He was charged with possession of five or more counterfeit bills, uttering a forged instrument, resist, delay, obstruct, and simple possession of marijuana.

Griffith told the News Herald on Wednesday the investigation into the counterfeiting crime was still active and ongoing. He also urged businesses to continue to be vigilant in checking for fake currency being used.

“I’m glad nobody got hurt,” the Chief concluded, thanking his officers for their work.

CULVER CITY, CA – It didn’t take long for an Ahoskie native to make a name for herself on “The... read more