Mrs. Parker was born in Chowan County on August 28, 1938, and was the daughter of the late Thomas Edward “Tommy” and Daisy Hurdle Lane. In earlier years, she had worked at Lipton Tea in Suffolk, but after marrying, she was the bookkeeper and helped her husband operate the family business, J. Parker & Son Produce in Sunbury. She was raised in the fellowship of Hunter’s Fork Pentecostal Holiness Church. 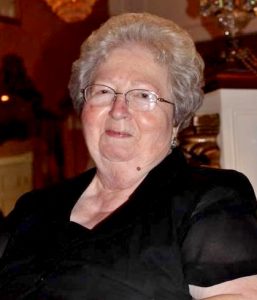 In addition to her parents, she was preceded in death by a sister, Audrey Lane Spivey.

Surviving are her husband of 52 years, William Walter “J” Parker, Jr.; her daughter, Jennifer Parker Savage and husband, Charles, and their daughter, Maddie, of Sunbury; her son, W. Walter Parker, III and wife, Shannon, and their daughter, Carolyne, of Corapeake; and her sister, Joyce Lane Dail of Belvidere.

A graveside service will be held Friday, September 13 at 11:00 a.m. in the Damascus Christian Church Cemetery and will be conducted by Dr. Thurman Hayes, Jr. Friends may join the family in the social hall of Damascus Church immediately following the service, or all other times at the residence.