CONWAY – A local woman is recovering from a gunshot wound and a Conway man is behind bars for a near-deadly domestic violence situation here Saturday night.

Saddler also stands charged with assault on a female, four counts of assault in the presence of a minor, and assault with a deadly weapon with intent to kill inflicting serious bodily injury. 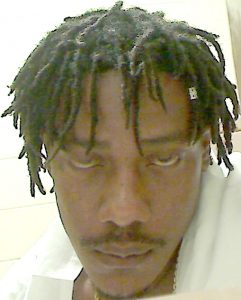 He is scheduled to make his initial appearance on those charges on Thursday (Sept. 12) in Northampton County Criminal District Court.

Smith said his deputies were summoned to a residence on Deberry’s Mill Road near Conway in reference to a shooting and domestic dispute. Upon their arrival shortly before 11 pm, deputies made contact with a female victim approximately 34 years old that lives at the residence.

“The female appeared to have sustained one single gunshot wound to the abdomen area and sustained injuries to her facial area,” Smith said.

The female victim was transported to a local hospital and is considered to be in stable condition.

Upon further investigation by NCSO Sgt. A. Leitner it was determined that the accused was Saddler.

Smith said Saddler refused to exit the residence, one that he shares with his girlfriend (the victim). Compounding that stand-off was the fear for the safety of several minors, all under the age of 13, inside the residence. Fortunately, none of the children were injured.

‘We are committed to doing all that we can legally do to protect others,” Smith said. “I would like to thank all of our deputies and Sgt. Leitner for the prompt effort in handling this case and everyone working together to help the victim.

In addition to the charges filed in Saturday night’s incident, Northampton deputies also served arrest warrants on Saddler from Hertford County. He is wanted there for obtaining property by false pretense, financial card theft, identity theft, financial card fraud, and failure to appear in court.

For those crimes, Saddler was placed under a $6,500 secured bond and is scheduled to answer those charges during a Sept. 20 session of Hertford County Criminal District Court in Winton.

With Hurricane Dorian racing away in the Atlantic and improving weather conditions across the Roanoke-Chowan area, local counties are getting... read more