CHARLOTTE, NC – Mr. Samuel D. Perry transitioned to eternal life at his home on August 25, 2019. The funeral service will be held at Friendship Missionary Baptist Church, Charlotte, with Rev. Dr. Clifford Jones officiating, on Wednesday, September 4, 2019 at 12 noon. Burial will be in Oaklawn Cemetery. 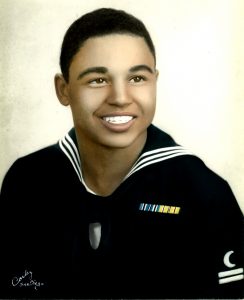 Born in Bertie County, North Carolina, Mr. Perry was the son of the late Richard D. Perry and Lucy Gray Outlaw Roulhac Perry. In addition to his parents, he was preceded in death by Margaret Sessoms Perry, his wife of 72 years. He was also preceded in death by his eleven siblings.

He was a World War II Navy veteran, serving on an aircraft carrier in the Pacific theater. He moved his family from Ahoskie, NC to Charlotte in 1965 and chose Friendship Missionary Baptist Church as his home church. He was the Manager and Funeral Director of Northwest Funeral Home. 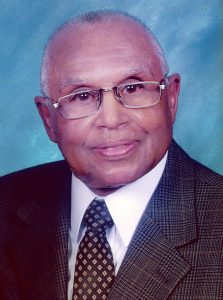 The family will receive friends one hour prior to the service at the church.

In lieu of flowers, memorials may be made to the C. W. Kerry Scholarship fund at Friendship Missionary Baptist Church.

Alexander Funeral Home is assisting the Perry family and condolences may be made at www.alexanderfuneralhome.com.