AHOSKIE – Dr. Audre Levy, a veteran educator with credentials stretching from coast-to-coast, has been appointed as interim president of Roanoke-Chowan Community College (RCCC) pending approval by the State Board of Community Colleges.

Levy will succeed Dr. Stanley Elliott, who held the post since October 2017.

Elliott submitted his resignation, and it was accepted, on Wednesday July 31 at a meeting of the RCCC Board of Trustees. He had originally applied for the position in 2016 before the RCCC Board chose Dr. Jimmy Tate, whose tenure lasted less than one year.

“Dr. Elliott tendered his resignation and the BOTs accepted it the evening of July 31,” said RCCC Board chairperson Jeri Pierce. “Any other details surrounding his resignation are personnel issues and cannot be discussed publicly.” 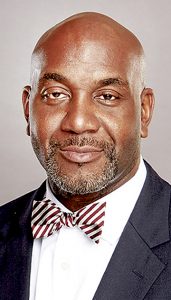 Dr. Levy, who began as acting President on Aug. 1, comes to RCCC with impeccable academic credentials, according to officials at the Union-based college.

“The Board of Trustees are very familiar with Dr. Levy’s qualifications and abilities,” stated Pierce. “She has served in the past as a consultant with RCCC. We feel that all of this qualifies her to lead and help to move the institution forward.”

In 1991, Levy graduated with a doctoral degree in Institutional Management from Pepperdine University in California and was named a Pepperdine Alumni of the Year in 2004.

“What really impressed the Board was Dr. Levy’s leadership experience in community colleges,” said Pierce. “Dr. Levy has held key positions at community colleges in California, Florida and Texas, including six and a half years as president of Lone Star College-CyFair in Cypress, Texas.” 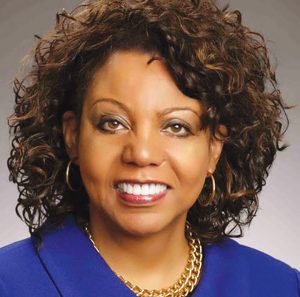 Although neither had more than a primary elementary education, it was Levy’s parents’ hard-work ethic that inspired her to pursue a career in the field, according to her biography. She describes herself as a life-long learner who has held leadership positions at institutions on both coasts and in Texas. She is also a former classroom instructor and counselor.

“Because of her parents’ incentive and vision, she has made both a career of education and a career in education,” Levy’s bio reads.

“We are delighted to welcome such a remarkable leader to Roanoke-Chowan in time for the new semester and new academic year,” added Pierce.

The change in leadership at the college comes at a time when RCCC is facing two disciplinary measures meted out by the Southern Association of Colleges and Schools Commission on Colleges (SACSCOC), the agency that oversees accreditation of degree-granting higher education institutions in 11 Southern states.

In June, the SACSCOC Board of Trustees voted to place RCCC on probation. In a Disclosure Statement, the SACSCOC says that short of loss of membership, being placed on probation is its most serious sanction.

In January of this year, for the second time in seven months, RCCC faced criticism from SACSCOC for alleged non-compliance of its accreditation standards. At that time, the local community college was formally sanctioned; in essence, receiving a warning that further penalties would be more severe.

Additionally, in May of 2018, RCCC was scolded by the North Carolina Office of the State Auditor (OSA) in regards to alleged accreditation and financial missteps. That probe by the State Auditor also included the high turnover in the president’s position and that some members of the RCCC’s Board of Trustees were acting beyond their appointed duties.

The OSA’s findings alleged that RCCC was violating the SACSCOC Principles of Accreditation, and cited a failure by the college to perform timely billings of student sponsorship accounts receivable.

The probation sanction covers a period of six months and is based on the SACSCOC’s findings that RCCC failed to comply with Core Requirement 1.1 (Integrity), and Standards 4.2 b (Governing Board), 4.2 g (Board self-evaluation), 5.2 a (CEO control), and 5.5 (Personal appointment and evaluation) of the Principals of Accreditation.

“The Board is taking the decision by SACSCOC very seriously,” Pierce contends. “We are working with Dr. Levy and all other college stakeholders to end our probation status and maintain the accreditation for RCCC.”