CARRSVILLE – Deputies with the Isle of Wight County, VA Sheriffs Office have issued warrants for 30-year-old Deon Marcel Gatling, according to agency spokesman Lt. Tommy Potter. His last known address was in the 100 block of Eleytown Road in Murfreesboro.

Potter said Gatling is wanted in connection with an abduction and robbery that took place in the Carrsville area of Isle of Wight County on June 30.

In that incident, an elderly male was confronted at his residence after returning from a trip to Walmart in Franklin, VA and then was forced to turn over his wallet and credit cards. The victim was then forced into the trunk of a car and taken to an unknown location and then released later in the morning in the Churchland area of Chesapeake, VA. 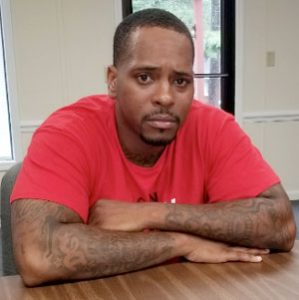 Sometime during the night, money was withdrawn from the victim’s account at an ATM in Murfreesboro, and then attempted to be used a second time at another business in Chesapeake.

Arrest warrants for Gatling include abduction, robbery, possession of a firearm by a convicted felon, credit card theft and fraud, and use of a firearm in commission of a felony.

Gatling is described as a dark-complexion black male with brown eyes, and weighs 220 pounds. In addition to his chest, both of his arms are completely covered with tattoos.

Anyone with information as to the whereabouts of Gatling is asked to contact the crime line at 1-888-LOCK U UP or submit an online tip at the P3 mobile tip app or at P3tips.com. All tips remain confidential and callers are never asked to reveal their name or identity.

Information leading to the arrest and conviction of this wanted individual could earn the tipster an award up to $1,000.