Arrest made in Simmons murder

WINTON – A local man is behind bars here, arrested today (Monday) for the murder of an elderly resident near here last December.

Roger Johnson of Cofield is being held without bond in the Hertford County Jail on the charge of first degree murder. Hertford County Sheriff Dexter Hayes said Johnson stands accused of murdering 81-year-old Clarence Simmons, whose home is located along US 13, just south of the LTD Club. 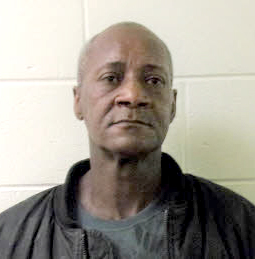 Simmons was found dead in his home on Dec. 7. There was no sign of a forced entry upon the arrival of law enforcement officials. They also noted that nothing appeared to be disturbed inside.

A motive for the murder has yet to be established.

‘We’ve been working this case very hard since that time,” Sheriff Hayes said today. “I’m extremely proud of my investigative team. They spent a lot of hours conducting interviews and collecting evidence.”

Hayes said the Simmons family was notified of today’s arrest.

“Our hearts still go out to them,” Hayes said. “While it was a great day for us to make an arrest in a murder case, it’s still a sad time for the family to have to think about what happened to their loved one. I hope this arrest brings them some type of closure.”

Hayes thanked the public for the tips they provided in this case. He also credited the work of the North Carolina SBI who immediately sent their Crime Scene Unit to the residence on the day of the murder.

“And I need to thank my guys – Lead Investigator Keith Lassiter, Lt. Tom Helms, Sgt. Scott Cofield, and Investigators Chase Oliver and Johnny Joyner. They worked this case hard and never gave up that they would find the person responsible. We feel we have a solid case to present in court,” Sheriff Hayes concluded.

The investigation began after a call was placed at 8:17 a.m. on Dec. 7 to Hertford County’s E-911 Center. Upon the arrival of deputies just a few minutes later, Simmons was found deceased.

The sound of music