Johnson to open for legendary group

ROANOKE RAPIDS – Over the course of his successful music career, Bertie County’s R.T. Johnson has opened for numerous “big names.”

On Friday, Aug. 9, Johnson and his band will open for the legendary Marshall Tucker Band at the Roanoke Rapids Theatre. Tickets go on sale at 10 a.m. today (Wednesday) through the venue’s website — www.rrtlive.com

Billed as the “Rock the House, Pack the Bus” event, those attending are encouraged to bring various school supplies to fill a school bus. RR Theatre officials said they are canvassing local schools to see what their needs are, but suggests anything from bookbags to pens, pencils, paper and notebooks are needed. Those supplies will be donated to area schools. 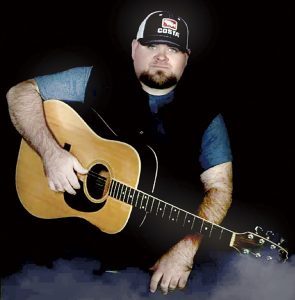 R.T. Johnson of Askewville will open for the legendary Marshall Tucker Band on Aug. 9 at the Roanoke Rapids Theatre. Tickets go on sale July 17. Contributed Photo

The Marshall Tucker Band, on the road with its Through Hell & High Water and Back Again tour, will take the stage at 8 p.m.

The band got its start in Spartanburg, SC in the early 70’s when Doug Gray teamed up with Tommy Caldwell and Toy Caldwell, Paul T. Riddle, George McCorkle and Jerry Eubanks, borrowing the name “Marshall Tucker” from a piano tuner whose name was found on a key ring in their old rehearsal space. In 1972, they signed with Capricorn Records, the same label that guided The Allman Brothers Band, Wet Willie, and others to national fame. The MTB opened shows for The Allman Brothers in 1973, and the following year, they began to headline their own shows across America due to the platinum-plus sales of their debut album. They toured constantly playing sheds, stadiums, theaters, fairs, and festivals.

Still led today by founding member and lead singer Doug Gray, they represent a time and place in music that will never be duplicated. Gray is quick to credit the band’s current dynamic members with carrying on the timeless essence of The Marshall Tucker Band sound. Current members include the highly respected drummer B.B. Borden, a former member of both Mother’s Finest and The Outlaws, multi instrumentalist Marcus Henderson of Macon, Georgia, plays flute, saxophone and keyboards in addition to lead and background vocals, Tony Black on bass, and Rick Willis on lead guitar and vocals, both of Spartanburg SC, are disciples of the Caldwell brothers. Acclaimed lead guitarist and vocalist Chris Hicks recently rejoined the band after a two-year absence. Together they present a powerful stage presence as they continue to tour the country and continue to be powerful force in the world of music.

R.T. Johnson hails from Askewville in Bertie County. He got his start singing in church growing up, and then his love for country music grew and started playing in bars and honky tonks.

Johnson is currently working on a new album that was recorded in Mayfield, Kentucky with Ohana Music Group and will be releasing it soon.

The 1,500-seat entertainment venue is located in Roanoke Rapids off Interstate 95 at Exit 171. Parking is conveniently available in paved, well-lit lots surrounding the building. Special handicap parking is also available.