CONWAY – A simple traffic stop resulted in the arrest of a local man who fled from law enforcement officers nearly two weeks ago.

Deryck Bennett, 25, of Garysburg was a passenger in a vehicle that was pulled over for a minor traffic violation on Sunday in the Conway area.

Upon making that vehicle stop, Northampton Deputy R. Horton took note that Bennett was riding in the vehicle and was aware of outstanding arrest warrants for him. 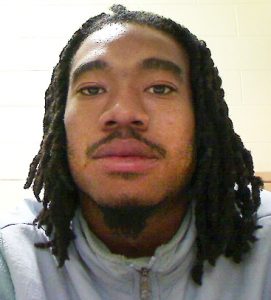 Horton arrested Bennett, charging him with possession a firearm by a felon, carrying a concealed weapon, assault on a government official, resisting a public officer, driving while license revoked, and four orders for arrest failure to appear in court in Northampton County.

Bennett was held under a $16,125 secured bond. He is scheduled to answer those charges during a July 11 appearance in Northampton County Criminal District Court.

These warrants stem from an earlier traffic stop investigation conducted by Deputy Horton that began on June 28. At that time, Bennett was the driver of a vehicle, which was stopped in Garysburg for a revoked license plate. During the vehicle stop, Horton located a handgun belonging to Bennett. During the investigation, officers were involved in a foot chase with Bennett.

Northampton County Sheriff Jack Smith stated he is thankful that no one was hurt in either of these situations. Smith added that he would like to commend Deputy Horton for his hard work in removing this weapon from the streets as well as taking Bennett into custody.

JACKSON – The Northampton County Courthouse had some unwelcomed guests on Monday, July 1 of the furry, winged variety. An... read more