Suspect on the run in Bertie County

COLERAIN – A Martin County man is on the loose after attempting to run over a Windsor Police officer earlier today. 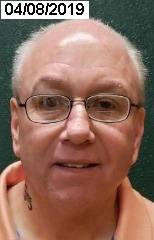 Not much is known at this time, other than citizens in the Elm Grove / Colerain area of Bertie County are advised to remain vigilant due to the suspect, after eluding Windsor Police, wrecked a vehicle and fled on foot in that area.

Windsor Mayor Jimmy Hoggard told the R-C News-Herald late this afternoon that the officer from his town was not injured.

“He (the officer) did fire at the suspect, but did not strike him,” Hoggard said.

The Mayor added that several law enforcement agencies are involved in the search, to include the Bertie Sheriff’s Office and the NC Highway Patrol, who reportedly sent a helicopter. A perimeter was set up in the White’s Cross / Buzzard’s Cross area of Bertie County.

“They are all actively involved in the search at this very moment,” Hoggard said at shortly after 5 p.m. this afternoon (Saturday).

Ahoskie Police Chief Troy Fitzhugh said during a phone call that he sent two officers to aid in the search.

WITN-TV reported that the initial contact between the Windsor Police officer and Harrison occurred in the parking lot of the ABC store.

It was also reported that Bertie officials sent out a phone alert, stating that Harrison is considered to be armed and dangerous.

According to authorities, Harrison was recently released from prison after 18 years.