WINTERVILLE – Kenneth Ray Terry, Sr., “Kenny”, passed away in the presence of family and friends, Monday July 1st, 2019 after a year’s long battle with cancer.

The funeral service will be held Friday at 3 p.m. at Eastern Pines Church of Christ. Burial will follow in Pinewood Memorial Park. 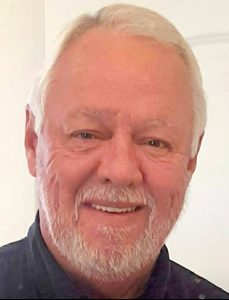 Ken, or “Toons” to his friends, “Kenny” to family, and “Deddy” to his children was born in Ahoskie, NC and worked in various roles in manufacturing during his 52 years of employment, including being plant manager at several facilities after starting out as an industrial engineer trainee in the textile industry. He was a devoted family man and loved all his family including his first love, Linda, whom he was married to for 42 years before she lost her battle with cancer in 2010. The only thing more important to him was his relationship with Christ. Ken was an active Elder at Eastern Pines Church, and Secretary /Treasurer for the Eastern North Carolina Christian Men’s Fellowship and Brother’s First Men’s Ministry.

Mr. Terry was preceded in death by his father, Walter Terry, and his wife, Linda Rawls Terry.

In lieu of flowers, feel free to make a contribution to Eastern Pines Church of Christ, 3380 Portertown Road, Greenville, NC 27858.