Eugene was born Feb. 6, 1944 to Atlas and Elizabeth (Prissy) Todd Early in Colerain, NC. HIs family moved to Ahoskie when he was a year old so he grew up in Ahoskie. 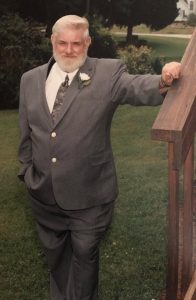 He was a welder by trade, working at American Shipbuilding in Toledo, Ohio and Barbour Boat Works in New Bern, NC. He retired from Enwood Structures in Morrisville, NC where he worked for 43 years as foreman of the steel shop.

Following his wishes, the family did not have a typical funeral service; they gathered together on Saturday, June 15 for a private service to honor him for Father’s Day.