Dr. Chauncey was born in Grifton on May 8, 1940, son of the late Julius Gibbons Chauncey and the late Mary Frances McDaniel Chauncey. He was a 1958 graduate of Grifton High School. 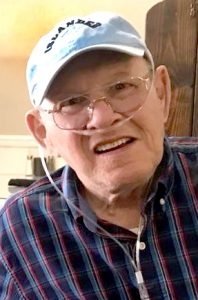 Following high school, he served his country in the U.S. Marines, the U.S. Navy, U.S. Air Force and the U.S. Army. While serving with the Air Force, he served two tours of duty in Vietnam. During Desert Storm, he was called back to duty. During his military career he taught chemical, biological and nuclear warfare.

Following his military service, he worked with Glaxo Wellcome of Greenville. After retirement, he was a mathematics professor at Pitt Community College.

He was very active in the Veterans of Foreign Wars and held the position of Quarter Master. He was a former member of First Christian Church of Grifton and a current member of First United Methodist Church of Washington.

Dr. Chauncey was predeceased by his wife, Nan S. Schoonover.

In lieu of flowers, the family kindly asks that memorial contributions be made to the American Heart Association, 4217 Park Place Ct., Glen Allen, VA 23060-9979 or to the Society for the Prevention of Cruelty to Animals (SPCA), 102 Enterprise Dr., Elizabeth City, NC 27909.

Online condolences may be offered to the family by visiting www.paulfuneralhome.com.