GATES – A local man was arrested at his residence here last week after being found in possession of over 1,000 capsules believed to be used to distribute heroin.

Ryan Eure Derby, age 35, of Gates School Road was arrested by the Gates County Sheriff’s Office following the execution of a search warrant. 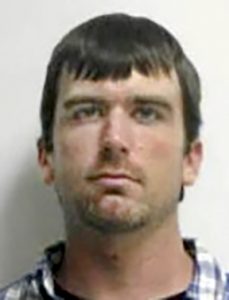 Derby’s bond was set at $20,000 secured by a Gates County Magistrate. Campbell said Derby was released from custody after his bond was met.

Derby is due in Gates County Criminal District Court on July 7 to answer the charges.

“We had been watching him for over two weeks and had received some complaints from neighbors about suspicious activity at his residence,” Campbell said. “We gained enough information to obtain a search warrant, which we executed at his residence at around 5:30 p.m. last Friday (June 14).”

Campbell said he was joined at the residence by five of his officers. The Sheriff added that Derby was taken into custody without incident.

The Sheriff stressed the importance of getting these capsules off the street before they were filled and distributed.

“Anytime you make a dent in the sale and delivery of illegal drugs, it’s a good day,” Campbell stated.

He thanked local citizens for their input in helping make this arrest.

“We have worked hard since I became sheriff to build back the trust of our citizens; we’ve come a long way in a short period of time to develop a good rapport with our citizens,” Campbell noted. “They are giving us good intel and that makes our jobs a lot easier. We appreciate the info we are getting from our citizens and encourage them to continue.”