REIDSVILLE, NC – Catherine Barnes Lilley McLean, 33, of 3724 Iron Works Road, Reidsville, NC, passed away on Tuesday, June 4, 2019, in her home where she was surrounded by family.

Catherine grew up in Gatesville, graduated Gates County High School, and received her Bachelors in Early Childhood Education from the University of North Carolina, Greensboro. She worked with TE Connectivity in Greensboro as a Supply Chain Analyst. She was a member of Gatesville Baptist Church. 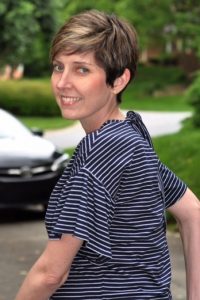 A warrior to the end, Catherine battled cancer with a courageous heart and fierce spirit. Her primary concern from the beginning was not for herself, but rather for those she loved.

Surviving are her husband, Dustin Weaver McLean, and their son, Corbin William McLean; her parents, Doug and Martha Lilley of Gatesville; her sister, Amanda Lilley Teachey and husband, Carl, of Winston-Salem; paternal grandparents, Janice and Walter Brown of Cape Carteret, Glenn N. Lilley, Jr. of Gatesville; and Mary Love Lilley of Chester, Maryland; her in-laws, Mike and Babette Smith of Greensboro; and other extended family members and friends.

In accordance with her wishes, no formal service will be held, but rather gatherings in both Reidsville and Gatesville for friends to join the family and celebrate her life.

The Gatesville gathering will be Saturday, June 15th, in the fellowship hall of Gatesville Baptist Church beginning at 1:00 p.m. with personal remarks shared by the family followed by a time of visitation until 3:00 p.m.

Miller Funeral Home, 304 Main Street, Gatesville, is assisting the family, and online condolences may be made by visiting www.millerfhc.com.