JACKSON – CADA has announced that Timothy Newsome, a former Dallas Cowboy and a graduate of Ahoskie High School, will be the speaker for a banquet here April 25 to celebrate the local organization’s 57 years of service. 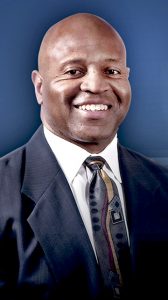 The banquet will be held at the Northampton Cultural and Wellness Center, located on NC 305 north of Jackson.

“The CADA Board and staff are delighted that Timothy Newsome is returning home to help us celebrate 57 years of partnerships and service,” stated Sallie Surface, CADA Executive Director. “Timothy excelled as a student- athlete at Ahoskie High School and Winston Salem State University, and as a Dallas Cowboy he was named to the Dallas Cowboys Weekly Newspaper’s All Decade Team (1980-1989).”

Newsome is the founder and owner of Newtec Business Solutions (NBS) a managed services technology company.

“As a leader, he continues to pay forward that which he received by helping others,” Surface noted.

Newsome was recently inducted into the National Black Colleges Football Hall of Fame Class of 2019, marking his fourth Hall of Fame induction.

For additional information and to purchase tickets, contact your local CADA Office or call 252-539-4155. Tickets are $30 per person and sponsored tables are $300 (seats eight people).