JACKSON – Dr. Pamela D. Chamblee is returning to Northampton County Schools, but this time she’ll be serving as its Interim Superintendent.

Dr. Chamblee was named to that position here at the Board of Education’s regular meeting on Apr. 8 by a unanimous vote. Her contract took effect on Tuesday, Apr. 9 and will continue through the summer until Aug. 31, 2019. 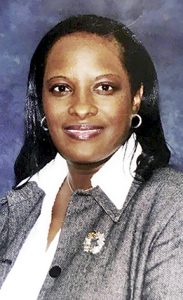 A press release from Northampton County Schools said that she is known for her “school turnaround abilities and experiences” at the elementary, middle, and high school levels.

She previously served as principal at the former Northampton County High School-East. During that time, the school grew from 44 percent to over 83 percent in grade efficiency testing scores and was labeled a “School of Distinction” by the state.

Before taking on this new position, Dr. Chamblee was serving with Halifax County Schools as the Executive Director of School Transformation, a position she was promoted to in June 2017. She was assigned to work as an educational leader at William R. Davie Middle STEM Academy. She began her work with the Halifax County school district in 2012 when she became the principal of Southeast Halifax High School.

According to the press release, Halifax Superintendent Dr. Eric Cunningham stated, “As difficult as it is, Halifax must say its good-byes and we want Dr. Chamblee to know that she has our full support, and Northampton County is reclaiming one of the best educational school turnaround specialists that I have ever had the pleasure of endorsing.”

Dr. Chamblee said in the same press release she was pleased to return to Northampton County.

“I am humbled that my Northampton County family remembered the hard work that was done and they trust me to come back and help our children,” she said. “I can do nothing without the support of the parents, students, and community.”

“I will do everything that is needed to support the citizens of Northampton County, but most importantly, I will honor the motto: Changing the Lives of Children. Respect and order will be emphasized as we take care of business,” she continued.

Dr. Chamblee thanked the Northampton Board of Education for the opportunity. She also encouraged people to communicate with her so she can make informed decisions which will benefit all students.

Board of Education Chair Rhonda Taylor said the entire board was supportive of Dr. Chamblee in her new role.

“She knows our population, and she knows the families that are around here. And I think the teachers and staff will receive her,” Taylor said, speaking to the News-Herald on Tuesday.

“We’re looking forward to having Ms. Chamblee lead the district while she’s here,” she continued. “We have a lot of work to be done with our schools. We know that she can handle the job.”

JACKSON – The Clerk to the Board was fired here on Monday, Apr. 1 at the same Northampton County Board... read more