RICH SQUARE – The work of the Down East Drug Task Force not only took an alleged drug dealer off the streets, but a person also believed to be involved in an attempted murder from last year. 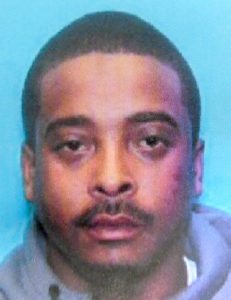 Tyshawn Williams, age 27, was arrested March 22 following the execution of a search warrant at a residence in the Lincoln Park area outside of Rich Square. This search warrant was the result of an on-going investigation into numerous complaints by citizens of drug activity in the area.

As a result of the search, numerous amounts of marijuana packaged for sale were located as well as a large amount of U.S. currency.

Williams was charged with possession with intent to sale and deliver marijuana and was placed under a $5,000 secured bond.

Additionally, Williams was served outstanding warrants for possession a firearm by a felon, assault with a deadly weapon with intent to kill inflicting serious injury, and attempted first degree murder. Those warrants were obtained March 18 by Northampton Sheriff’s Lt. A. Roye from an investigation that began in October of last year involving a victim being shot with a handgun by Williams.

Williams was jailed under a $260,000 secured bond on those charges and made his first court appearance on March 28 in Jackson.

Northampton Sheriff Jack Smith thanked the police departments in Jackson, Rich Square and Garysburg as well as the agents with the Down East Drug Task Force for their assistance in this operation.

“The Northampton Sheriff’s Office will continue to pursue individuals who violate drug offenses,” Smith stated. “I would like to commend and thank members of the tri-county Down East Drug Task Force for their effort in making this arrest and investigation. We at the Northampton Sheriff’s Office are committed to removing all illegal drugs from our communities and we will continue to make a difference to make our citizens and neighborhoods safer, in hopes that it will not get to our children.

“I would also like to thank Lt. A. Roye for his hard work and investigation into the shooting incident,” Sheriff Smith added.