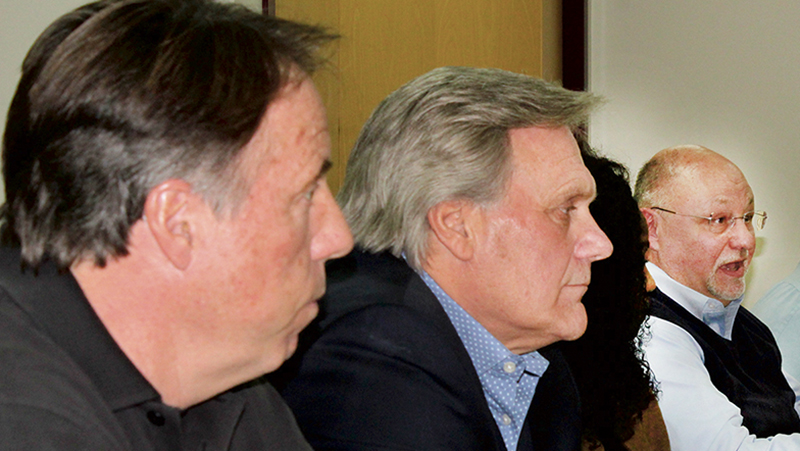 Chowan County is hoping to make that work in their favor by joining as the third member of the Bertie-Martin Regional Jail Commission (BMRJ).

In October of last year, the County Managers of the Bertie (Scott Sauer), Martin (David Bone) and Chowan (Kevin Howard) came together to discuss a request Howard made of the other two counties considering the feasibility of Chowan County joining the BMRJ. Later that same month the BMRJ Commission met themselves to further discuss the possible addition.

An inter-local agreement was drafted along with a request for qualifications seeking a consultant to conduct a study to consider an expansion of the facility that currently sits on County Farm Road in Windsor. Such an expansion would be necessary to accommodate the additional influx of inmates.

Proposals for the study went out in January 2019 and two were received: Moseley Architects in Virginia and Hemphill-Randel Associates in Charlotte.

Sometime over the ensuing weeks, both the Chowan and Martin counties’ Boards of Commissioners passed the inter-local agreement, and they had hoped at this gathering to further discuss the matter.

“Our goal tonight is to get more insight into Chowan County’s situation with its jail and its desire to join the Bertie-Martin jail partnership,” BMRJ chair Dempsey Bond said.

Bond then suggested that if all three counties were comfortable moving forward with a study, then a consultant could be chosen to then submit a proposal.

The Chowan County Detention Facility (CCDF) is 40 years old, opened in 1979. It contains 25 beds, two single cells, an isolation cell, and 20 beds in the general inmate population. Only male inmates are housed at CCDF; female detainees are housed in Elizabeth City at ADJ.

The Edenton location averages just over 31 inmates over a 12-month period and have recorded just one escape over the past three years. There have been no jail suicides since 1992.

Meals at the facility are contracted with Bertie Correctional Institute in Windsor, the prison not the jail. They also have separate contracts for medical and mental health services. Currently they have a 2018-2019 operating budget of $749,171 with 2017-18 expenditures of $862,484.

Following a short dinner, discussion resumed with Bertie Commissioner Ernestine Bazemore asking the BMRJ Commission what was required that evening of members of her Board. They were asked formally to join in endorsing the inter-local agreement.

“The study will show what each county is expected to do,” Bond replied. “We don’t need to get into the ‘what-if’ scenarios tonight, because those items could be identified and reviewed in the study.”

Bazemore made a motion for the Bertie Commissioners to pass a resolution supporting the inter-local agreement.

However, before a vote was taken, Commissioner Greg Atkins wanted more specifics.

“When we say move forward what are we saying, go ahead and do it,” Atkins asked.

Sauer said should Bertie join the agreement, then the first step would be an examination of the two consultant proposals, a request for interviews (RFI), and select one as one to hire.

“I imagine that would be a fairly extensive dialogue,” Sauer noted. “Based on their presentation, engage with one of them, and at that point consider negotiating the cost. As I understand it, both Chowan and Martin have suggested and pledged by resolution to share in the cost of the consultant study, while Bertie has not yet taken action.”

“Part of (the consultant’s) actions would be to look at all three counties’ long-term needs,” Sauer replied. “Each county would have a projection of its detention needs over a 20-year period.”

“So that everybody’s paying their fair share, and feel comfortable with the cost,” he surmised.

“What we need to take away from here is whether we’re in agreement – or not – on a feasibility study,” Smith reasoned. “After that, we could start looking at these two companies and what they bring; but the first step is all three boards being in favor of the study. It needs to be in place whether all counties support it or not.”

Smith said there are resources available for regionalization, and that there’s growing competition for areas to regionalize on several fronts.

“But the first thing is whether we want to have this study,” Smith stated.

“This isn’t intended to be a blank check,” he added.

Bone and Howard said there’s no financial commitment until a price is presented.

Wesson then called for a vote by the members of his Board – all of whom were present for the vote except Tammy Lee – and he then seconded Bazemore’s original motion. The four Bertie Commissioners: Chairman John Trent, Atkins, Bazemore, and Wesson, the unanimously voted in favor.

“In my opinion, we really need to look at this,” said Goodwin. “This is not the design, this is just the courtship.”

Bone that said interviews would be conducted by members of the BMRJ Commission and select individuals from Chowan County. Chowan Board chair Patti Kersey said they have already selected fellow Commissioners Greg Bonner and Larry McLaughlin.

Following that order of business, each Board, as well as the BMRJ Commission, then voted individually to adjourn.