Arrest made in Aulander robbery

AULANDER – The Aulander Police Department has made an arrest in the Feb. 28 armed robbery of a convenience store. 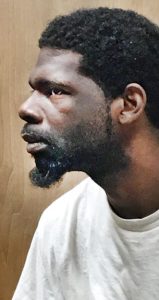 Taylor was charged with robbery with a dangerous weapon and placed in the Bertie-Martin Regional Jail under a $30,000 secured bond. He is scheduled to make his initial appearance today (Wednesday) in Bertie County District Court.

Barmer said the robbery, which was reported at 8 p.m. on Feb. 28, took place at the Food Mart, located at 101 North Commerce Street. Upon the arrival of Aulander Police Officers Travis Askew and Brian Knowles, the subject, later identified as Taylor, had fled the scene.

“Fortunately, neither the store clerk nor any of the customers inside the store at the time were injured,” Barmer said. “The suspect, who was armed with a handgun, demanded the money in the cash register and took off with an undisclosed amount of money.”

Barmer added that both his officers immediately launched an investigation, to include viewing the store’s surveillance cameras.

“We also called in K-9 assistance from Lt. Tom Helms of the Hertford County Sheriff’s Office who arrived with ‘Aries’ and joined the search,” Barmer stated. “We were not able to locate the suspect that night, but Officer Askew was able to follow up on some leads and came-up with a name of a possible suspect along with that suspect’s address.”

Based on that information, Barmer said a search warrant was obtained for 211 West Pearl Street. Barmer, Askew, Turner, and BCSO Corporal Danielle Colon served that search warrant on Friday. There they located Taylor along with several other items of interest in the case.

“I would like to thank my officers for a job well done,” Barmer said. “I’d also like to thank Bertie Sheriff John Holley and Hertford County Sheriff Dexter Hayes for sending their officers to assist us. This is a prime example of how law enforcement all works well together here in our area. We all have the same goal in mind when it comes to removing those from our streets who pose a threat to society.”

According to the North Carolina Department of Corrections, Taylor has a long history of criminal activity, dating back to 2004.

His previous crimes included larceny, five separate cases of drug possession, disorderly conduct, carrying a concealed weapon, resisting a police office, communicating threats, possession of a firearm by a convicted felon, common law robbery, and assault with a deadly weapon with intent to inflict serious injury. He was convicted of all of those crimes in Hertford County.