Rev. Presley was born in Booneville, Mississippi on January 18, 1936, and was the last surviving of eight children born to the late Dentie W. and Ruby Pardue Presley. 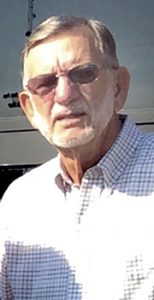 A graduate of Mississippi College, Southeastern Theological Seminary at Wake Forest, and the School of Pastoral Care at Baptist Hospital in Winston-Salem, he was a Baptist minister for more than 40 years. First pastoring in Florida, he received the call to Reynoldson Baptist Church in Gates in 1964, serving there until retiring in 2002. During his retirement he held seven interim pastorates.

In addition to his love of the outdoors and his community involvement with family and friends, he umpired and refereed baseball, softball, basketball, and volleyball throughout the area for more than 50 years.

A memorial service celebrating his life will be held Sunday, March 3 at 3:00 p.m. at Gates County High School and will be conducted by the Rev. Dr. Trey Gilliam, the Rev. Dr. Jesse Croom, the Rev. Dr. Gerald Goodwin, the Rev. Burt Pearce, and the Rev. Cody Brinkley.

In lieu of flowers, memorial contributions may be made to the Billy Price and Claire Titmus Presley Missions Endowment Fund at Chowan University, 1 University Place, Murfreesboro, NC 27855, or to Vidant Hospice, 521 West Myers Street, Ahoskie, NC 27910.