WINDSOR – A second suspect in a January shooting at a Merry Hill birthday party has been captured. 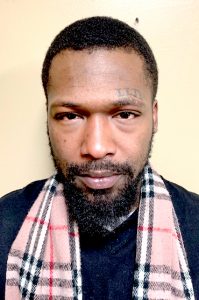 Brown had been on the run from law enforcement since Jan. 6 for the charge of first degree murder in the death of Rashon Carter. Carter, age 36, was fatally shot at a birthday party on that date at the Midway-Merry Hill Community Center building.

Brown, AKA, “Southside” is reputed to be a Bloods gang member with prior convictions for violent crimes. In addition to the murder warrant in the death of Carter, Brown also had outstanding warrants for failure to appear on the charges of possession with intent to sell and distribute marijuana and a charge of assault by pointing a gun. Citizens were warned that Brown had been considered armed and dangerous.

Holley stated that agents of the Down East Drug Task Force assisted in their investigation of each tip and the search for Brown in numerous locations.

Last week, the NC State Bureau of Investigation (SBI) Fugitive Task Force and the Greensboro Police Department Violent Fugitive Apprehension Team (VCAT) were contacted and requested to check a residence within the city of Greensboro. According to Holley, within just a few hours, the Task Force and the VCAT agents had taken Brown into custody.

Following the capture, Bertie County Sheriff’s Lieutenant Matt Roebuck and Sergeant Martin Phelps transported Brown back to Bertie County where he was held in the Bertie-Martin Detention Center and was later taken before a magistrate and given no bond.

Brown made his first court appearance earlier this week in Bertie County. Sgt. Harris Williams and Detective Ronald Rascoe are the case investigators in this homicide.

“I especially want to thank the SBI Fugitive Task Force and the Greensboro PD VCAT because those guys helped just as soon as they were asked and made the arrest without injuries to anyone,” Holley said earlier this week.

“This shows what can happen when different (law enforcement) agencies come together and work together,” he added. “The last two homicides we’ve worked in the county have been solved through hard work and experience. I’m grateful to my officers and others for following up on leads.”

The case began when the Bertie County Sheriff’s Office received a 9-1-1 call that shots were fired at the Community Building in Merry Hill located across from the Midway Fire Department. Deputies responded and found one victim, later identified as Carter, suffering from multiple gunshot wounds. He was transported by Bertie EMS and was airlifted to Vidant Medical Center in Greenville, but died there a short time later.

A second suspect, 28-year-old Tywan Jonshea’ Outlaw, AKA “Too-da-loo”, was apprehended last month and has been charged with accessory after-the-fact in the same homicide case. Outlaw, who lists an address in the Colerain area, was captured Jan. 10 at an apartment in Franklin, VA.