JACKSON – The identity of the alleged shooter involved in a Jan. 25 murder in Gaston has been revealed. 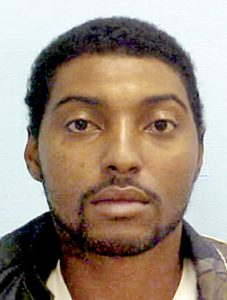 Smith said Jefferson’s whereabouts are unknown at this time. The Sheriff added that the suspect is considered armed and dangerous.

Anyone with information on Jefferson’s whereabouts is encouraged to contact the Northampton Co. Sheriff’s Office at 252-534-2611 or the Crime Stoppers Line at 252-534-1110.

Another suspect in the case, 22 year-old Jakeenen Jefferson of Littleton, is also wanted. Smith said arrest warrants are on file for misdemeanor assault with a deadly weapon as part of the investigation and related to the Jan. 25 shooting.

That shooting took place just before midnight on Jan. 25 at a birthday party held at the E.E. Odom Civic Center, a building owned by the Town of Gaston at 221 Craige Street. Dexter Robinson, age 53, of Roanoke Rapids was killed and four others were injured.

Other than the involvement of Jacques Jefferson and Jakeenen Jefferson in the case, six others have been arrested. They include:

29-year-old Kemesha Squire of Gaston was served outstanding warrants for one count of felony inciting a riot, one count felony obstruction of justice, and one count felony accessory after the fact. She received a $100,000 secured bond and was scheduled to make her first court appearance on Thursday of last week.

25-year-old Richard Squire of Gaston turned himself in at Halifax County Sheriff’s Office where he was served outstanding warrants for one count of felony discharging a firearm into occupied property, one count of felony inciting a riot, and one count of going armed to the terror of people. He received a $60,000 secured bond and a Feb. 14 court date.

As reported in last Wednesday’s edition, North Carolina ALE officers made three arrests for violating state laws regarding the illegal sale of alcohol at the same birthday party. Those charged by the ALE were 45-year-old Tracy Lynn Davis, her 28-year-old daughter Jessica Janee Davis, both of Gaston, and 22-year-old Keyshun Boswell of Littleton. They were each charged with selling alcoholic beverages without an ABC permit.

The investigation in the aftermath of the shooting led ALE officers to discover that Tracy and Jessica Davis had rented out the E.E. Odom Civic Center for a friend’s birthday party on the night of Jan. 25. It was further discovered during the course of the ALE investigation that the party included an illegal bar with a cover charge at the door and alcoholic beverages for sale.

Also, none of the three took appropriate security measures to ensure weapons were not brought into the party.

Boswell, who was already in custody on unrelated charges for probation violation as of Jan. 26, was also charged by local lawmen with for one count of felony inciting a riot, one count of going armed to terror of people, three counts of felony assault on law enforcement officers with a firearm, felony discharge a weapon into occupied property, and two counts of felony assault with deadly weapon with intent to kill inflicting serious bodily injury. He was jailed under a $100,000 secured bond and is scheduled to appear in court on Feb. 21.

The mother and daughter (Tracy and Jessica Davis) were placed under $1,000 and $1,500 secured bonds respectively. Each has a court date scheduled for Feb. 19. J. Davis was also charged with possess / consume fortified wine, liquor, mixed beverages on unauthorized premises.

“I want to thank all the agencies that helped with the initial investigation and arrests. This is a very unfortunate situation that occurred and our agency takes cases of this magnitude very serious; we will investigate it to the fullest extent,” Sheriff Smith stated.

WINDSOR – Holland Consulting Planners’ Chris Hilbert made his latest update to the Bertie County Board of Commissioners at their... read more