JACKSON – During their regular meeting here on Feb. 4, the Northampton Commissioners voted to approve the voluntary resignation of County Manager Kimberly Turner. Afterwards, Chairman Charles Tyner was appointed to serve as interim for the time being. 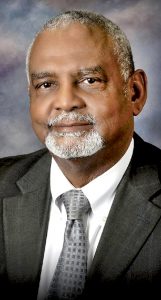 This general statute states “Whenever the position of county manager is vacant, the board of commissioners shall designate a qualified person to exercise the powers and perform the duties of manager until the vacancy is filled. The board may designate the chairman or some other member as interim manager; for the interim the chairman or member shall become a full-time county official, and the board may increase his salary pursuant to G.S. 153A-28.”

Commissioner Joyce Buffaloe seconded Faulkner’s motion, which did not denote any increase in Tyner’s salary.

Tyner asked for the Board to vote, stating it would only be “acting for a day or two as county manager.”

The Board voted unanimously in favor without any discussion.

It is not known if the commissioners are engaged in employment discussions with a possible replacement for Turner. They have scheduled an emergency meeting for 5;30 p.m. today (Wednesday) where they are expected to go immediately into closed session, citing NCGS 143-318.11 (a) (6). Part of that statute includes the consideration of the qualifications, competence, performance, character, fitness, conditions of appointment, or conditions of initial employment of an individual public officer or employee or prospective public officer or employer.

During his comments at the end of the meeting, Tyner spoke about how the commissioners have been working together to move the county forward.

“We have the heartbeat of our citizens in all the decisions we shall make, whether you believe it or not. Time will tell. We’re moving this county from where it was to where it needs to be,” he said.

“We’re only going to deal with facts and figures,” he continued.

Tyner also noted they still did not have the county’s audit report they had been waiting on, saying the auditor told them there was a problem with the bookkeeping.

“We cannot tell you the dollar amount we have in the bank,” Tyner stated, noting they would continue working towards completing the audit.

He concluded his comments by addressing the employees of Northampton County local government.

“All we require you to do is your job. Folks, that’s all. Just gotta do your job,” he said. “This Board cares about you. We just want to make Northampton County a better place.”

Tyner’s statement seemed to be in response to citizen comments earlier in the meeting who brought up concerns about the future of county employment.

“My concern is treating people right,” said citizen Steve Jackson during his opportunity to speak.

Jackson mentioned rumors he had been hearing about a potential reduction in force for people employed by Northampton County. He stated he had seen plenty of change in the county over the years, and a lot of it had been good. But he was concerned that people losing jobs would be a negative change.

“You commissioners ran on change, but I was under the impression it wouldn’t wreck people’s lives,” he continued. “The rumor is out that Ms. Turner is not the only one. The rumor is that you’re going to tear up some more lives or whatever.”

Jackson said he was worried about the people who may be affected, and he urged the commissioners to “do the right thing.”

Diane Hale, the Director of Northampton County’s Veteran Service Office, also read her own written statement to the Board to share her concerns about future employment.

“Northampton County employees are concerned. We are concerned because seemingly, without a clear strategic plan in place, we are being told that a reduction in force is going to happen,” she began.

“We are told that this Board is going to be transparent, but so far that has not been the case. We, as employees, do not know what is happening in this county we work and live in,” Hale continued.

Hale asked for information about how money from employee salaries would be used if a reduction of force takes place. She also suggested the more cost-effective method might be to train current staff members to fill vacant positions.

“Those individuals do not fall under county employment,” Hale explained. “Because we have these departments that Hertford doesn’t have, we have to have more staff.”

She concluded her comments by requesting a “clear and concise plan” and asking the commissioners to consider how it would feel to have their hard work and dedication eliminated.

Former commissioners Robert Carter and Fannie Greene also briefly made statements during citizen comments to express their concerns about vacant positions the county currently has and also the rumors that had been circulating around the county.

Some of the employee concerns possibly stemmed from comments Tyner made during the Board’s Jan. 23 work session. During discussion about the county’s capital improvement plan, Tyner spoke about a need for the county to do more with less people.

“We cannot move our county forward with 301 employees of this county when another adjoining county to us have 189. Folks, it will not work,” he said during that meeting, referring to Hertford County. “That’s why they can do things we cannot do, because they don’t have the expenditure in payroll.”

Tyner went on to make a specific example about employees in the Public Works department who do water hookups. He said other counties contract that work out instead of paying full-time employees to perform the task.

At the conclusion of the Feb. 4 meeting, the other members of the Board did not say much other than to express their appreciation for citizen comments and that they’ll take those into consideration.

Only Commissioner Nicole Boone, joining the meeting via teleconference call due to medical reasons, spoke to emphasize their commitment to moving the county forward. She read the County’s mission and vision statements, and also said they wouldn’t accept the status quo.

“Change is uncomfortable but we won’t ever make progress if we stay comfortable,” Boone concluded.

There was one other action taken by the board at Monday night’s meeting that affected Tyner. He relinquished his Commissioners-appointed seat on the county’s Board of Health. By a unanimous vote, Commissioner Boone will fill that seat.

Coincidently, that move allowed Tyner the opportunity to be appointed Interim County Manager. Per NC General Stature 128-1.1 (Dual-office holding allowed) any person who holds an elective office in state or local government is hereby authorized by the General Assembly, pursuant to Article VI, Sec. 9 of the North Carolina Constitution, to hold concurrently one other appointive office, place of trust or profit, in either state or local government.

Out of the red, into the black