The Board approved her hiring at their regularly scheduled meeting on Jan. 17.

Wilkins will begin service during the week of Jan. 28, assuming the position held by Robert Murphy who has served as Interim Director since Nov. 5.

Wilkins has a long history in the affordable housing industry. She graduated from Barton College with a degree in 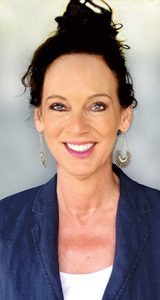 Wilkins’ hiring followed a thorough, external search process that began in early November. Applications were received from 26 candidates located throughout North Carolina, Virginia, as well as other parts of the Mid-Atlantic and Midwest. The applications were reviewed and interviews conducted by three members of the Board of Delegates – Linda Hofler from Gates County, Lloyd Griffin from Pasquotank County, and Rob Ross from Dare County – who were assisted by Interim Director Murphy and Board Attorney John Leidy.

After meeting with Wilkins during their Jan. 17 meeting, the full Board unanimously approved her hiring.

At the meeting, Wilkins thanked the Board members for the opportunity to serve as Director. She stated she looked forward to working closely with the Board and Staff as they continue to work on behalf of those who live and work in the Northeastern North Carolina region.