MURFREESBORO – On Jan. 25 at 4 p.m. in Vaughan Auditorium of Robert Marks Hall, Dr. Mollie Madden will present as part of the William Bradley Salon Lecture Series with a discussion of her new book, The Black Prince and the Grande Chevauchée of 1355.

On Sept. 19, 1356, Edward of Woodstock, known as the Black Prince, and his Anglo-Gascon army defeated Jean II of France at the Battle of Poitiers. The victory was the culmination of an expedition which had begun in England in 1355 and saw the successful undertaking of the so-called “grande chevauchée” – which depended on a system of purveyance and recruitment in England, in addition to an efficient supply train which accompanied the army. 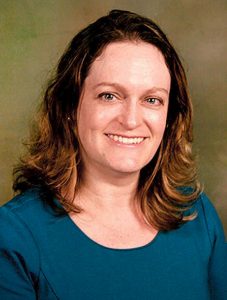 Dr. Mollie Madden will present the William Bradley Salon Lecture with a discussion of her new book, The Black Prince and the Grande Chevauchée of 1355.

Madden’s book examines the efficient and effective logistics that drove the success. It also depicts the powerful connection between tactics and strategy on one hand, and geography, human topography, and the need for food, water, and rest on the other.

Madden first became fascinated with medieval history at an early age through Tolkien’s Lord of the Rings. In school, she enjoyed learning and discussing Beowulf and Chaucer, topics many students shy from. Madden later became interested in military logistics from a recommendation made by her thesis advisor.

“It didn’t take long to realize this was my field,” she said.

Shakespeare’s Henry V introduced her to the Black Prince, and from there began the journey to pen her new book.

Madden earned the Ph.D. in history from the University of Minnesota. She earned a Master of Arts degree in history at the University of Kent at Canterbury and a Bachelor of Arts degree in history from Augustana College. She serves as Academic Advising Coordinator at Chowan in which she coordinates the Student Orientation, Advising, and Registration (SOAR) events and focuses on improving academic advising across the campus.

The William Bradley Salon Lecture with Dr. Madden is free to the public. For more information on The Black Prince and the Grande Chevauchée of 1355 contact Dr. Madden at 252-398-3691 or maddem@chowan.edu.

January is School Board Appreciation Month