MURFREESBORO – A security guard is behind bars for his involvement in a November armed robbery.

Murfreesboro Police Chief David Griffith reported Wyoming Gilliam of Aulander was working as a security guard at 158 Sweeps, an internet sweepstakes café in Murfreesboro, when it was robbed around 3 a.m. on Nov. 25. An undisclosed amount of money was taken.

In the course of the investigation, MPD Det. Bryan Johnson connected Gilliam to the crime. He was charged on Dec. 30 with conspiracy to commit armed robbery with a dangerous weapon, aide and abet an armed robbery, and violation of a city ordinance. The first two charges are felonies while the ordinance violation is a misdemeanor. Griffith said the ordinance violation stemmed from Gilliam shooting his issued weapon as a security guard into the air. 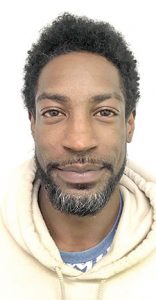 “After the crime, he shot his issued weapon up into the air in an effort to lead investigators into thinking he was doing his job when he was actually aiding the robbers,” Griffith explained.

Gilliam turned himself in on Thursday, Jan 3. He was jailed on a $30,000 secured bond in the Hertford County jail. He is scheduled to next appear in court on Tuesday, Feb. 26.

“More charges are forthcoming,” Griffith stated as they are still investigating the others connected to the case.

If anyone has any information related to the crime, Griffith asked them to contact the Murfreesboro Police Department at 252-398-4151.

“I want to thank Capt. James Dilday and Detective Bryan Johnson for their hard work,” he said, adding they all worked tirelessly.

He also thanked the Southampton County (VA) Sheriff’s Office for their assistance in the investigation.

“It’s unfortunate to have investigated this crime and found a person who was supposed to be in a position of authority was, in fact, a criminal, but it’s satisfying to know that we took a criminal off the streets who was hiding behind that same authority,” the chief concluded.

Tales of the Trade

By Nash Dunn (Editor’s Note: The following story was published in the Fall 2018 edition of NC State Accolades. It... read more