WINDSOR – An Aulander man has been arrested after Bertie County Sheriff’s deputies and members of the Down East Drug Task Force executed a search at a residence on the Thursday before Christmas.

Bertie Sheriff John Holley said that on Dec. 20, Sgt. Martin Phelps of his department, working with the assistance of Down East Drug Task Force members, executed a warrant to search a residence on Chestnut St. in Aulander. 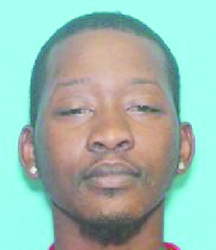 During the search, a stolen firearm, in addition to marijuana, and Ecstasy pills were located leading to the arrest.

Holley says Harrell was taken into custody and appeared later before Bertie County Magistrate L.B. Williams where he was then placed under a $16,000 secured bond.

Harrell had his first appearance in Bertie County District Court on Jan. 2.

A second subject, Gregory Harrell, was also taken into custody on an order for arrest at the same Aulander residence.