ALEXANDRIA, VA – Anthony Cruikshank “Tony” Clark Sr., 70, of Alexandria, Virginia, went to be with his Lord and Savior on Thursday, December 13, 2018. 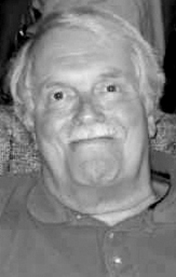 He graduated from the Darrow School in New Lebanon, New York, and later attended Allegheny College.

A career in fine jewelry brought him from New York to Northern Virginia in the late 1970s, and he had called Alexandria home for nearly 40 years. He was one of the premier silver appraisers and historians in the country, and was quoted in several important books on the subject.

Because of Janice’s music ministry, he was an active member in several different area churches over the years, most recently First Baptist Church in Alexandria. His church life was very precious to Tony, as it allowed him to actively pursue two of the great loves of his life: His love for Jesus and that of singing in the church choir.

Tony fought a 12-year battle with heart disease, refusing to give up so he could spend more time with his children and grandchildren, all of whom he loved very much. At the end, he died peacefully, lovingly surrounded by family.

Tony will be greatly missed but fondly remembered by all whom he loved and those who loved him. The list of those is long, but each and every one should rejoice in the knowledge that he has crossed the river, having fought life’s final war with pain, that his death has given way to victory and he is now standing in the lights of glory.

The funeral will be on Thursday, Dec. 20, at noon, in Virginia Hills Baptist Church, 6507 Telegraph Road, Alexandria. Private interment will follow.