Mr. Turner was born in Hertford County on October 20, 1955, and was the son of Edna Perry Turner of Colerain and the late Robert Cecil Turner, Sr. A retired crane operator with Easco Aluminum in Winton, he was an avid musician, and a car and motorcycle enthusiast. In addition to his father, he was preceded in death by a great-niece.

With his mother, he is survived by his son, Dalles Turner of Ahoskie; a daughter, Nikki Turner and fiancé, Sam Byrum, 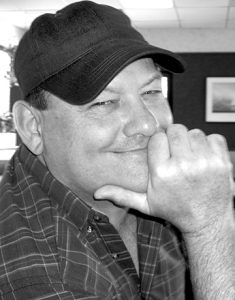 A memorial service was held Friday, December 7 in Liberty Free Will Baptist Church, 247 NC Hwy 561 West, Ahoskie, and was conducted by the Revs. Troy Bordeaux and Paul Ange.