Arrest made in Ahoskie murder

AHOSKIE – An Ahoskie man is behind bars without the opportunity for bond after being arrested this afternoon (Thursday) for a murder that occurred in town this summer. 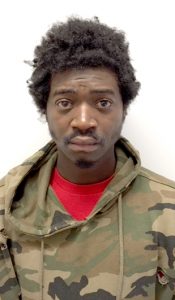 The 29-year-old victim was shot multiple times at close range in the early morning hours of June 23 while standing outside in front of Kennedy Court Apartments, located off Parker Avenue.

Fitzhugh declined to answer what led the Ahoskie Police to believe that Williams was involved in the shooting, or if the weapon used in the slaying had been recovered.

Fitzhugh did say that Williams stands charged with first-degree murder and is scheduled to make a first appearance in Hertford County District Court tomorrow (Friday).

“I would like to commend (Ahoskie Police) Detective Justin Farmer and Agent Cloutier with North Carolina SBI for their relentless work in making an arrest in this murder case,” Fitzhugh said.

According to the original story about this murder published June 25 by the News-Herald, Fitzhugh reported that the Hertford County E-911 Communications Center received a call referencing shots fired at approximately 4:35 a.m. on June 23.

Upon the arrival of the first Ahoskie Police units to Kennedy Court, they located an unresponsive male lying face down in the grass in front of Apartment 8. He was later identified as Lewis, who resides at Apartment 9.

Fitzhugh said additional APD officers and detectives were summoned to the scene, as were Hertford County Sheriff’s deputies. The North Carolina SBI was called to assist with the crime scene investigation.

Bertie County Government wants to improve its methods of communication with the public.  A communications survey will be conducted to... read more