Wayne was a native of Portsmouth, VA, Gatesville, NC and Hayesville, NC. He was a pharmacy tech in the Navy and a 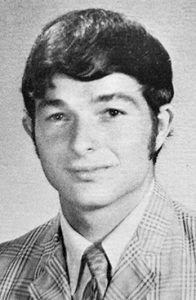 graduate of the College of Albemarle. Wayne enjoyed traveling, movies, hunting, reading, playing checkers and spending time with his family. He was a NC state checker champion as well as a champion athlete who excelled in track and wrestling and held the state record for fastest mile, 4 minutes and 16 seconds. Wayne owned and operated his own tree service company for 37 years and specialized in the removal of dangerous trees.

Wayne was the son of Viola Hodges Pierce of Ahoskie, NC and the late Leslie Elwood Pierce of Gatesville, NC. He was survived by his beloved children, Rachel and Quinton Pierce, his ex-wife, Wendy Pierce, and son-in-law, Carolos Sanchez, all of San Antonio, TX, as well as his 14-year-old rat terrier, Queenie. He is also survived by all of his siblings, Steve Pierce, Joan Evans, and Connie Pierce all of Ahoskie, NC, and Terry Pierce of Florida; as well as several nieces and nephews.

Wayne will be laid to rest in the mountains of Hayesville, NC beside his late wife Kathleen Pierce.