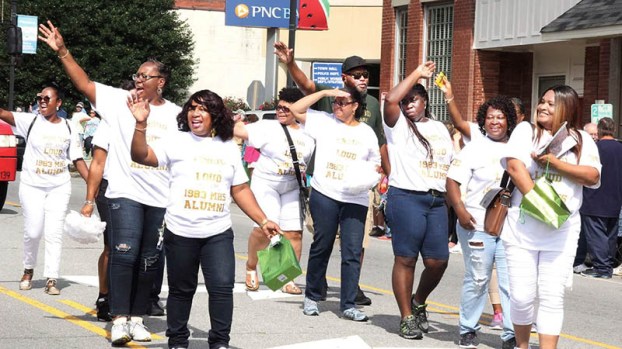 MURFREESBORO – Murfreesboro High School’s Class of 1983, also known as “The Most Spirited Class” to ever grace the halls of the school, gathered in Murfreesboro during the weekend of the Watermelon Festival, Aug. 3-5.

The gathering held a dual purpose, to commemorate 35 years of independence from their beloved high school, and to give back to the institution that helped to provide them their educational foundation, Riverview Elementary School.

During the celebrations, the classmates remembered those classmates who have gone on before them, patronized the local establishments, participated in the festival’s parade, and collected and donated six tubs of school supplies for Riverview Elementary School. 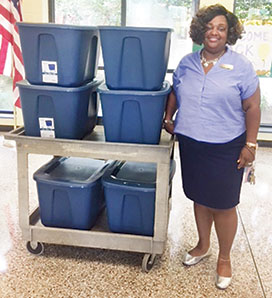 “Community involvement and support is necessary for a successful school. We at Riverview Elementary are extremely thankful for people like Mrs. Lillie Owens-White and the class of 1983 for the generosity shown to our school. The donations of uniform clothing and school supplies will be utilized to help maximize our students academic achievement. Thank you for making a difference,” stated Lee Ford, Principal at Riverview Elementary School.

The MHS graduates were excited about being able to reunite in their hometown and their ability to support the local school.

The Class of 1983 proudly looks forward to future collaborations that will support the local youth within the community.

EDENTON – The Chowan County Regional Fair will celebrate its 72nd season here Sept. 25-29 with a full schedule of... read more