Aulander shooting leads to one arrest

AULANDER – Bertie County Sheriff’s deputies responding to reports of a shooting here Sept. 12 has led to an arrest for attempted murder. 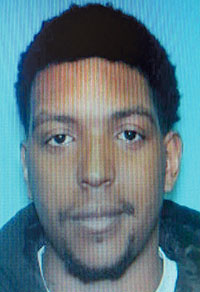 Sgt. Harris Williams, Detective Ronald Rascoe, Lt. Matt Roebuck and Sgt. Martin Phelps of the Investigations Division were then requested by responding deputies on the scene and immediately began an investigation.

The unnamed victim was transported to Vidant Medical Center in Greenville after first being treated at the Emergency Room of Vidant Roanoke Chowan Hospital in Ahoskie.

As a result of the investigation, the victim’s boyfriend, John Tabborn, was arrested and charged with attempted murder, assault with a deadly weapon with intent to kill, and inflicting serious bodily injury.

Tabborn was held for 48 hours without bond before being issued a $250,000 secured bond. Tabborn’s first court appearance will be next week in Bertie County District Court.

Truth, Lies and Power – A farmer fights the Feds

(Editor’s Note: Today, the Roanoke-Chowan News-Herald concludes a three-part series about a farmer in the Boykins, VA area with ties... read more