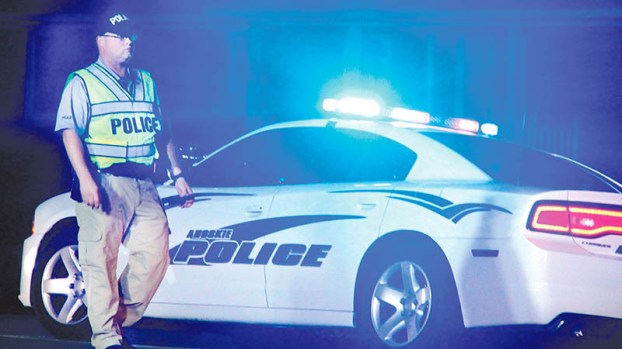 One person is under arrest and another is being sought in connection with two unrelated shootings in Ahoskie on Saturday. | File Photo by Cal Bryant

The shootings are not connected, according to Ahoskie Police Chief Troy Fitzhugh.

In one case, a 16-year-old female is in custody after she allegedly shot her stepfather.

That shooting took place shortly before 6:30 p.m. Saturday outside of a home in the 600 block of West Alton Street, in a residential area located behind the old H.P. Powell’s Texaco station off Academy Street.

There, Chief Fitzhugh reported the arrest of Akviea Qu’Dasha Vinson. She stands charged with one count of attempted murder after shooting her stepfather – 41 year-old Damon Delrico Cotton – with a 12-gauge pistol-grip shotgun.

Cotton was taken to a hospital, where he remains recovering from his wounds.

Vinson was placed under a $100,000 secured bond. Her bond was posted and she is scheduled to make her first appearance today (Tuesday) in Hertford County Criminal District Court.

Fitzhugh said there is no known motive to the shooting, but his officers continue to investigate.

Saturday’s first shooting was reported at around 10:30 a.m. in an apartment in the 100 block of North Maple Street, less than one-half block off Main Street.

There are very few details to report from that shooting, other than the victim is a male and he was taken to a hospital where he underwent surgery later on Saturday.

Those with information on the Maple Street shooting are encouraged to contact Lt. Jeremy Roberts with the Ahoskie Police Department at 252-332-5012.

JACKSON – Shelia Evans, Director of Northampton’s Department of Social Services, went before the Board of Commissioners here Monday to... read more