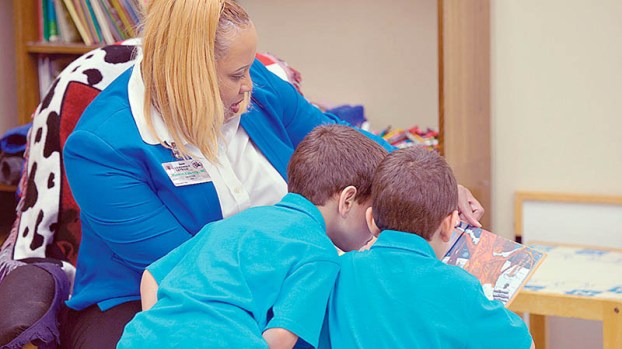 The numbers say North Carolina is middle-of-the-road edging toward poor in some categories when it comes to the well-being of the state’s children, with some counties, including those in the Roanoke-Chowan area, posting alarmingly high numbers for neglect cases and children in foster care.

But children are more than just numbers, and even accurate data often reflects difficult and complex situations. Sometimes the data points toward solutions. Sometimes it can obscure the everyday realities in resource-deprived communities.

Since 1990, the Annie E. Casey Foundation has analyzed 16 key indicators to determine the well-being of children across the nation. The indicators each fall into one of four categories: economic well-being, education, health, and family and community.

Based on these indicators, North Carolina has been ranked 32nd overall in the 2018 Kids Count Data Book. Of the four categories, North Carolina rates highest in education at 22nd, but lowest in family and community at 36th.

“Our ranking in each domain is dependent on our own progress but also that of every other state,” said Whitney Tucker, research director at NC Child, a Raleigh-based children’s advocacy organization. “In all but one indicator within the family and community domain, North Carolina has actually shown improvement from 2010 to 2016. This domain highlights the fact that while our state is moving in the right direction for families, we’re not taking big enough steps as quickly as other states to promote the things we want to see.”

Based on the research, NC Child found 7.1 children per 1,000 are in foster care in North Carolina, an increase from 6.8 from the previous year. Similarly, 56.3 children per 1,000 have been assessed for abuse or neglect, down from 57.2.

Several counties ranked well above this statewide average, including a number in the state’s northeastern region. That’s not a surprise, but a call to action, according to Nancy Connor, the Williamston-based supervisor of Martin County Child Protective Services.

Connor said the data represents her county well, even though Martin County has a rate of 14.7 children per 1,000 in foster care, more than double the statewide average.

Connor points to the county assuming custody of two large sibling groups for this statistical spike. Even so, she said, her county could use more resources in terms of employment and mental health services.

“Martin County’s primary goal is to ensure the safety of children by assessing and investigating reports of abuse, neglect and dependency,” Connor said. “In that process, we provide families with resources to adequately meet their needs by linking the family with providers within and outside of the county. We provide community outreach to educate and bring awareness to services we provide and preventative measures to ensure the safety of our children.”

Still, Connor said, the outreach and services may not be enough if the county lacks the economic resources to help the families of these children.

Tucker agrees that more resources should be available to children. Because of new legislation, only 3,700 North Carolina children will gain access to services provided by Child Care Subsidy, which uses state and federal money to help families with the cost of child care, Tucker said. The waiting list has more than 50,000 children.

Tucker said she would like to see money that was recently taken away from child welfare by legislators be returned so that North Carolina’s children can be properly cared for.

“North Carolina has a variety of critical programs to help children and families, but many need to be scaled up so that all children can access them,” Tucker said. “The network of public programs generally does a great job for kids, but not for parents, and we know that kids need strong families to thrive.”

DSS officials in several northeastern counties said they were surprised North Carolina ranked so low in the family and community category, and questioned whether the numbers accurately represent their trends.

Teresa Gilliam, the Jackson-based supervisor of Northampton County DSS’ children services, said the data does not fairly or accurately represent her county nor does she believe North Carolina should be ranked so low.

“As a rural county, we are limited in resources,” Gilliam said. “However, we are creative in locating resources to assist families. In addition, we provide outreach services throughout the county and raise awareness of abuse, neglect and dependency.”

Dora Carter, the Halifax-based director of the Halifax County DSS, said the ranking does not surprise her because of the lack of resources in rural North Carolina counties, but she agrees with Gilliam in that the data does not necessarily accurately reflect reality.

“Just because Halifax County assesses children’s cases for neglect and abuse does not mean the cases are substantiated and that neglect and abuse is found,” Carter said. “We use foster care as a last resort. We also have some repeat cases that may contribute to data points.”

Carter’s point that resources are lacking in rural North Carolina is not unique to Halifax County. Most of the lower-ranking counties are rural while counties with midsize cities tend to rank statistically higher for child welfare.

Not every county with troubling children’s well-being numbers was located in the same part of the state, and not every one of them has the same history.

Cherokee County, in the state’s far west, has some of the highest incidences of foster care and assessment for abuse and neglect at 26.5 per 1,000 and 118 per 1,000, respectively. Its history may include some of the same resource challenges as other rural counties but also involves poor decisions made by adults in positions of authority.

The N.C. Department of Health and Human Services took control of Cherokee County Department of Social Services in March after a three-month investigation of the system.

Kelly Haight, state Department of Health and Human Services spokesperson, said the investigation revealed Cherokee County DSS had since 2009 been sidestepping the required court mandates to place children in foster care, instead using a policy of custody visitation agreements. DHHS has since advised all counties that this is unacceptable.

Cherokee County DSS Cindy Palmer was suspended, and the department’s actions under her are the subject of a State Bureau of Investigation probe.

Cherokee County DSS did not respond to requests for comment from Carolina Public Press.

See the listings below for more information:

JACKSON – They came with t-shirts and hats and signs of all sizes, all bearing the same message: no coal... read more