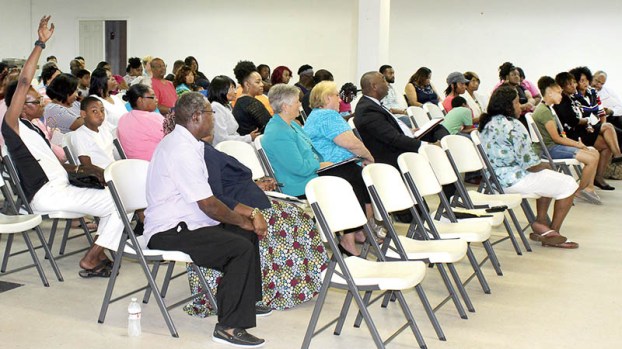 Some of these items have allegedly been removed from the HCLA campus site off County Farm Road in Windsor, but the restraining order calls for their return.

Meanwhile, a hearing on the issuance of a preliminary injunction is scheduled to be heard in Bertie County Superior Court in Windsor next Friday (Aug. 10) at 2 p.m.

“We hope we can resolve this without further legal action and we hope we can have more discussion with Ms. Bazemore during the week, next week, to resolve these issues,” said Stephon Bowens, a Raleigh attorney representing GER. “We want to be fair, it’s our preference to not go further with more litigation, but to see if we can come to a resolution.” 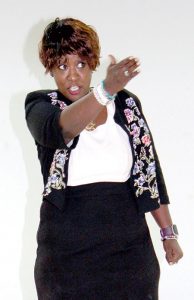 “It serves no one well to continue to bicker and fight. We want to resolve this amicably with respect to the concerns HCLA may have,” he said.

“The judge granted an injunction, but we have a hearing next Friday where I will get the opportunity to talk about the stream of funding,” said Bazemore to another news source. “Not one dollar of state funds were used to buy our furniture because in our first year we did not receive the first set of funds until September. We opened our doors in July.”

On Thursday night, Three Rivers held an Open House for parents and prospective students at the site of the former HCLA campus, Windsor’s Cashie Convention Center.

Two of the three charter school administrators of GER took questions and tried to provide insight on what the ‘new’ school’s plans are for the upcoming school year.

So far, the only thing GER will reveal is that they plan to open the school on Aug. 27.

Where the school will be located has yet to be decided, though they will say another Bertie County site is under consideration. As of Thursday, all GER will reveal is that they will not be returning to County Farm Road for at least one year.

“We were looking for the parents to ask questions concerning who we were and what we are going to do,” said Eugene Slocum, administrator of Alpha Academy in Fayetteville. “They hadn’t had a chance to know who Global Education Resources are and how we can help the community and not hurt the community; and I think based on that information and communication they understand that we’re about the kids.”

Slocum as well as Don McQueen, administrator of Raleigh’s Torchlight Academy, faced some tough, often contentious questions from some of the group of about 50 persons that had gathered.

Thursday’s meeting was a chance for representatives from the Academy to talk about how they plan to revamp the low-performing school.

“I expected a good turnout,” McQueen reasoned. “I felt that the parents and communities would be interested in the education of their children.”

“This is a committed community for that cause and that purpose,” he continued. “Did we expect a little controversy? Absolutely; this is not an easy direction and it’s always filled with emotion when you’re talking about our children and their future.”

“The school has had a troubled past, but we think it can have a great, great future within this community. One of the things we’re going to focus on is data-driven decision making,” he acknowledged.

Three of the four members of Three Rivers’ Board of Directors were also present. A fifth Board member, Chairman Tuesday Sauer, abruptly resigned earlier last week.

Initially, parents said they believed the school would operate a Kindergarten-thru-7th grade program, but the Board of Directors decided that for the 2018-19 school year they would instead focus on K-6.

However, as they solicited public input during the meeting, a plan to possibly add a 7th grade class next year and an 8th-grade class the year after was discussed, though they merely said such a plan would be considered by the Board. 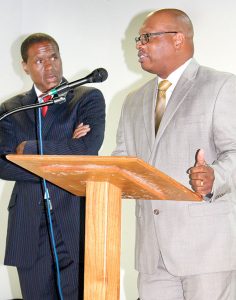 “We’re starting from scratch,” said Slocum. “Our whole aspect is about the kids. If you have a concern, if you have a need, we’re going to do what we can to help you.”

Adrian Sundiate, most recently with Crossroads Charter School in Charlotte, has joined the GER team. He will work closely with the local Board of Directors and be based in Bertie County. Sundiate will also be in charge of teacher hiring.