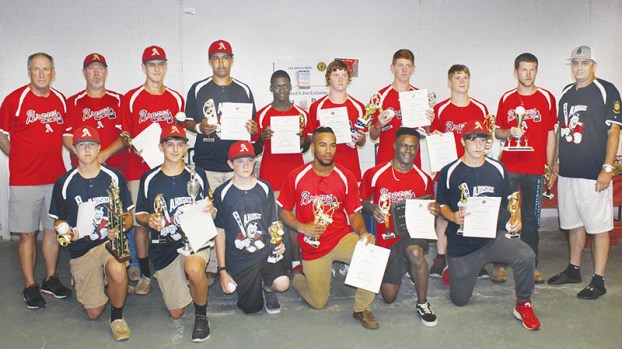 AHOSKIE – Post 102 American Legion baseball hosted a banquet for the players, parents, legionnaires, and helpers of the team for summer 2018 on July 22 at the Post HQ here on McGlohon Street.

The Post 102 Junior Legion team went into the 2018 season with only three returning starters and had to re-work much of their pitching staff. 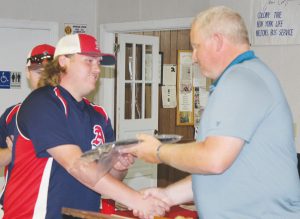 Slade Cowan (left) receives the Jim ‘Catfish’ Hunter MVP award from senior Legion coach Chris Towell. The plaque is named in honor of the late A’s & Yankees Hall-of-Fame pitcher who played for Post 102 in the 1960’s.

“What made this team good was that we didn’t depend on one single player, we didn’t have that one guy who had to do everything,” said Coach David Ellis.

A special appreciation award was presented to Senior Sports Writer Billy Harrell of the Roanoke-Chowan News-Herald for his outstanding coverage of Legion baseball throughout the entire season.

ASHEBORO – It was the perfect ending to a perfect season. Alden Cottle was dominant on the mound, twirling a... read more