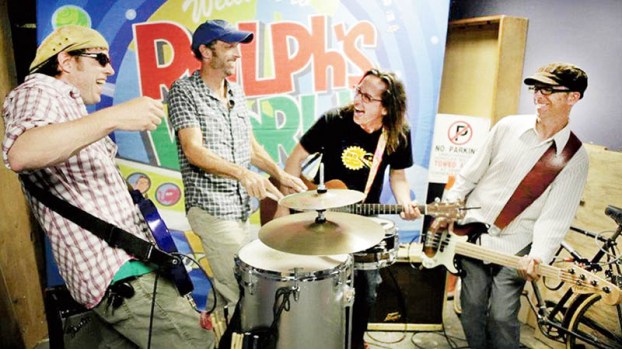 The “Big Bang Boom Band” will bring their high-energy musical act to the Ahoskie Public Library on Tuesday, July 31 to close out the library’s Summer Reading Program. The public is invited to the 2 p.m. event.

AHOSKIE – Summer Reading is almost at an end here at the Ahoskie Public Library. The last program will be held at Bearfield School Gym at 2 p.m. on Tuesday, July 31.

The “Big Bang Boom Band” will be there to finish up the “Libraries Rock”, Summer Reading Program.

This musical trio doesn’t play just any ole’ average music. These dynamic dads play parent-friendly, educational children’s music. After 20 years of touring the grown-up stages, Chuck, Steve, and Eddie decided to expand their horizons and play for parents (like themselves) who want more from children’s music. They write songs with a pop sensibility by cleverly mixing alternative, hip-hop, rock, country, and other genres to create music that both adults AND children can enjoy, because Big Bang Boom songs are fun and they teach you things.

Big Bang Boom plays some children’s favorites as well as their own original songs for kids. So check them out, bring your young rockers to the local show on Tuesday, July 31.

Their live show is high-energy, and demands the crowd (the kids and parents) get involved. From getting the kids on stage to join the “SpongeBob Chorus” to the parents vs. the kids hokey pokey challenge, Big Bang Boom has established the mantra “there is no sitting down at a Big Bang Boom show!” Their songs have won accolades in the John Lennon, USA, International, and Great American Songwriting Contests.

AHOSKIE – Vidant Roanoke-Chowan Hospital has received its most recent Leapfrog Hospital Safety Grade of A which is the highest... read more