Barmer said the discovery of the drugs led to the charges of felony possession with intent to sell and deliver cocaine, felony maintaining a vehicle to keep a controlled substance, and misdemeanor charges 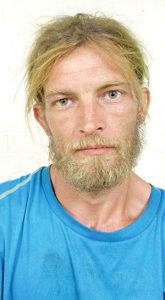 At around 4:30 p.m. Wednesday, Barmer said Aulander Police Officer Jessie Mizelle attempted to stop a vehicle driven by Dunlow for a traffic violation that occurred near Commerce Street and Main Street.

“The driver (Dunlow) failed to stop even after Officer Mizelle activated the blue lights and siren on his patrol vehicle,” Barmer stated.

The Police Chief added that Dunlow continued driving until reaching his residence on Dunning Road.

“Once he finally stopped, Mr. Dunlow admitted to having some marijuana in the center console of the vehicle,” Barmer said. “By then, Officer William Deanes from Aulander had arrived and once they were told that there was marijuana in the vehicle they searched the vehicle. They located crack/cocaine along with the marijuana and drug paraphernalia.”

Barmer added that Agent Steven White with the Down East Drug Task Force arrived at the scene, gaining permission to search the residence at 222 Dunning Road.

In addition to the drug charges, Officer Mizelle cited Dunlow for several traffic violations, to include failing to stop for a blue light and siren, driving on a revoked license, and operating a motor vehicle without insurance.

Dunlow was placed in Bertie-Martin Regional Jail under a $160,000 bond pending his first court appearance.

“Thanks to Officer Mizelle for his outstanding police work in this case as well as Officer William Deanes for assisting in the search. Thanks also to Steven White with the Drug Task force in assisting with case. This was another great example of local agencies working together with the same common goal,” Barmer said.

Meanwhile, Dunlow has court cases pending on two other drug arrests made earlier this year.

AHOSKIE – They weren’t about to let a piece of history slip away. Windsor’s junior American Legion baseball team had... read more