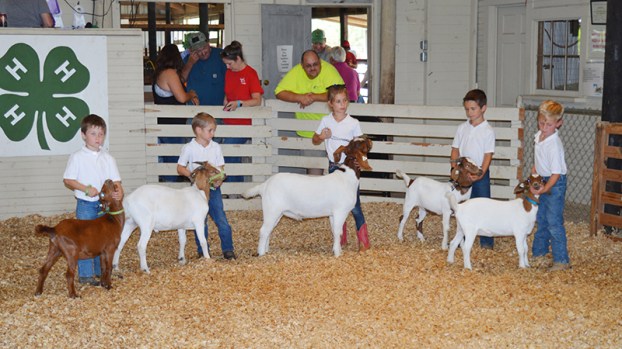 The next generation of competitors take part in the Junior Showmanship division of the annual 4-H Livestock Show and Sale held June 13 in Murfreesboro.

And the winners are…

MURFREESBORO – Months of hard work and determination came to fruition here Wednesday as youngsters from the Roanoke-Chowan area earned awards at the 38th annual Hertford-Northampton 4-H Livestock Show and Sale.

A total of 41 participants, ages 5-to-18, from Northampton, Hertford, and Bertie counties brought their animals to show, held at the livestock arena off West Main Street in Murfreesboro. Animals shown by the youngsters were hogs, lambs, and goats.

After three hours of serious competition, the entries shown by following youngsters were judged as the “best of the best”:

In the Showmanship judging, the results are as follows:

Following dinner, the event concluded with the annual sale of the champion animals.

The Reserve Champion goat (shown by Martin) was purchased by Producers’ Gin.