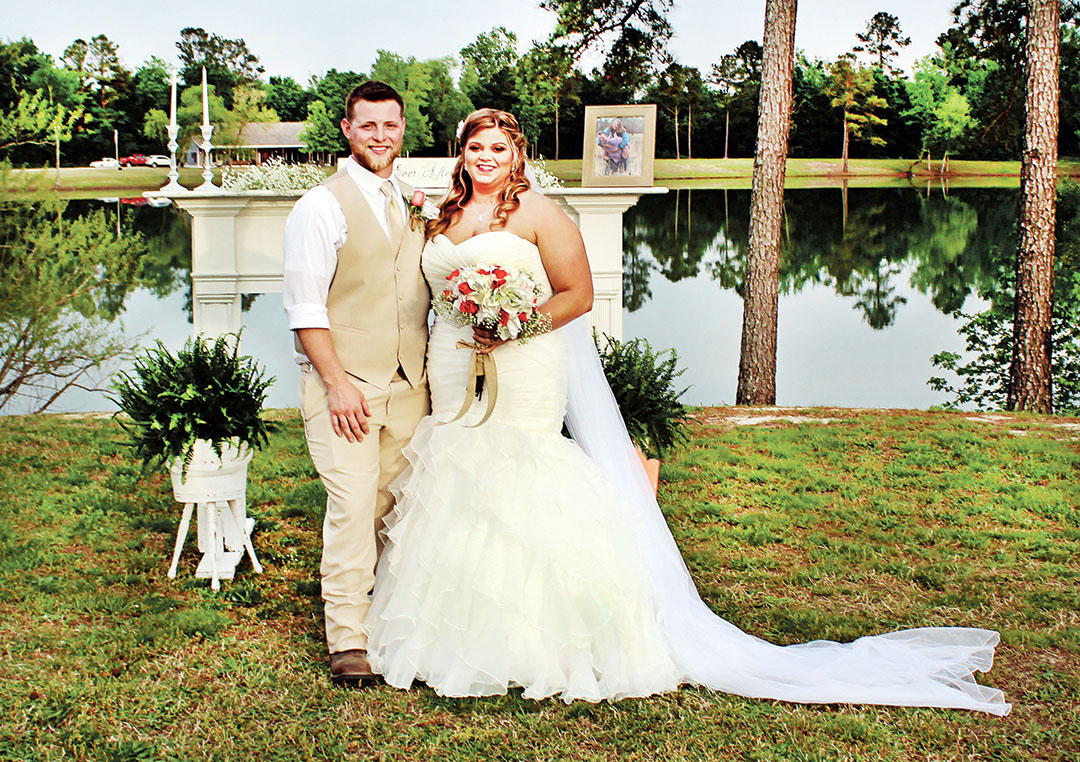 Kelly Baker and Brice Smithwick were married May 5 in a ceremony conducted at Silo Farms, Aulander. The bride is the daughter of Billy and Judy Baker, and was given in marriage by her father and her 10-year-old son. She is the granddaughter of the late Blanche and Herman Morris, and the late Ruby and William Baker. The groom is the son of Erin Smithwick. He is the grandson of Debbie Smithwick and the late Scott Smithwick. The couple’s one-year-old daughter served as the flower girl.