GASTON – Two individuals are behind bars, each held under bonds in excess of $1 million, after their arrests near here Wednesday where three motorcyclists were shot at (one was struck) during an apparent road rage incident. 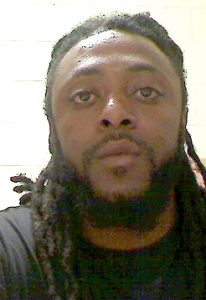 Smith said the investigation led his officers to determine that Kearney was responsible for the shooting. He was charged with three counts of attempted first degree murder, three counts of assault with a deadly weapon with intent to kill inflicting serious injury, one count of contributing to the delinquency neglect of a juvenile, and two counts of injury to personal property. His total bond was set at $1,751,500 secured, and he made his first court appearance on Thursday.

Clegg was charged with three counts of accessory after the fact to attempted murder, and one count of contributing to the delinquency of a juvenile. Her total bond was set at $1,500,500 and she also made her initial court appearance Thursday.

The contributing to the delinquency of a juvenile charges against both stems from a two-year-old child being in the vehicle that was stopped after the shooting.

Sheriff Smith said deputies responded Wednesday to a location just outside the city limits of Gaston, on NC 46, in reference to a shooting with a male subject lying in the highway on a motorcycle.

Upon arrival, officers discovered one male subject had been shot several times. His motorcycle was also struck by bullets.

Upon investigation by Lt. A. Roye and Sgt. A. Leitner, it was determined that there was a disagreement over money at another location in Gaston, escalating to a road rage incident that led to the shooting involving three male victims on motorcycles. One of the other two motorcycles was also struck by bullets, but not the driver. 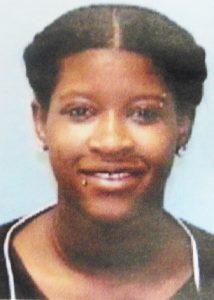 NCSO Deputy T. Antunez issued a “BOLO” for the suspect vehicle, a gray 4-door Chevrolet Impala driven by a black male. NCSO Capt. R. Lynch spotted the suspect vehicle in the area of NC 46 and Interstate 95 attempting to get onto I-95 South.

A vehicle stop was initiated with assistance from the Garysburg Police Department and the North Carolina Highway Patrol. Officers found two male subjects occupying the vehicle, Kearney along with Kenneth Powell, also of Roanoke Rapids, in addition to Ms. Clegg.

Upon investigation it was determined that Powell was not directly involved in the shooting incident, but he was served with an outstanding order for arrest out of Northampton County.

No additional charges are expected.

Sheriff Smith said the shooting victim is in stable condition at an undisclosed location and is expected to fully recover.

“I’m thankful that our deputies along with other responding agencies were able to quickly locate the suspect vehicle and apprehend the suspects involved. I would like to personally thank the NC State Highway Patrol and Garysburg Police Department for their assistance and our deputies for their hard work,” Smith said in a statement.

WINDSOR – We all know about the brave words of some of our bravest cancer fighters. Most recently, it was... read more