Sutton, founder and Chairman of Teall Capital Partners, is widely recognized as one of the most accomplished entrepreneurs and business leaders in the sports and entertainment industry. He is former Chairman and CEO of IMG College and founder of ISP Sports.

A former resident of Murfreesboro, Sutton is a graduate of Ridgecroft School. 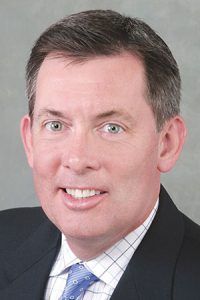 Teall Capital is a private equity company based in Winston-Salem, NC, Atlanta, GA, and San Francisco, CA and has an investment portfolio including Dyehard Fan Supply, Riddle & Bloom, Sunshine Beverages, and Tailgate Guys.

SEVT is a collaboration between the University of South Carolina Department of Sport and Entertainment Management and the trade publication Venues Today. The organization’s annual conference brings together sport and entertainment industry leaders, students, and those teaching future industry leaders to discuss and analyze a wide variety of industry topics.  Prior to receiving the award, Sutton was the featured guest in a SEVT conference discussion about the sports and entertainment industry.

“It’s always an incredibly special honor to be recognized by your industry peers,” Sutton said. “I am grateful to my many friends at the University of South Carolina and SEVT for this award, and accept it on behalf of the incredible teams we had at ISP Sports and IMG College who did such magnificent work building the best company in sports!”

The SEVT honor comes on the heels of SportsBusiness Journal and SportsBusiness Daily naming Sutton its 2018 “Champion in Sports Industry.”  Sutton also was recently appointed to the board of the White House Historical Association.

Sutton, a graduate of Wake Forest University and law school, was previously Chairman and CEO of IMG College, which he founded as ISP Sports in 1992, essentially inventing the college media business as it is known today. IMG is the largest college sports company and sports/entertainment sales organization in America (Sports Business Journal).  In addition to building the core businesses of IMG College into four national market-leading companies, he was largely responsible for the meteoric overall growth of IMG Worldwide, engineering the sale of the company in 2014 for $2.4 billion.  IMG was the national market leader in Media, Licensing, Ticketing and Stadium Seating, working with over 225 universities, conferences, NCAA and College Football Playoff.

In addition to being named one of the most powerful sports executives in America, Sutton has received numerous awards including the North Carolina Order of the Long Leaf Pine, Wake Forest Distinguished Alumni award, and induction into the North Carolina Sports, National Football Foundation, NACMA and Sports Business Journal Champions Halls of Fame.  He is trustee or director at Wake Forest University, White House Historical Association, United States Olympic Committee, Ronald Reagan Presidential, National Football and Naismith Basketball foundations. The Sutton Family Foundation has invested over $40 million in philanthropic causes.