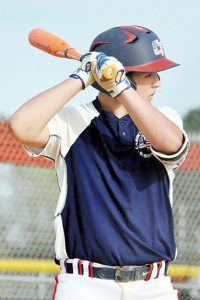 In Rocky Mount, he competed against 30 ball players and qualified for the Regional finals by hitting 27 home runs out of 37 pitches.

By winning the local competition in Rocky Mount, Owen will compete in one of the eight Regional competitions held across the United States where there will be one winner for 12U and 14U advancing to the National Finals.

Owen will now travel to compete in the Regional finals – the MLB Jr. Home Run Derby that will be held at the Washington Nationals Youth Baseball Academy in Washington, DC on Sunday, May 13. From there he hopes to advance to the National Finals.

The Major League Baseball Jr. Home Run Derby provides players across the country an opportunity to participate in an exciting home run hitting contest. It is a free national program for boys and girls 14 years of age and under.

The program includes three levels of competition, with top performers from the local level advancing to the regional level and ultimately, the National Finals prior to the Major League Baseball Home Run 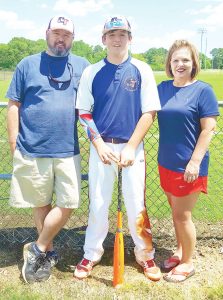 Owen is pictured with his parents, Rodney and Michelle Black.

Derby during the MLB All-Star Week.

For information to host or enter a future event can be found at www.JrHRD.com

EDENTON – Bertie High scored early Saturday then held off a comeback to top Hertford County High 4-2 in a... read more