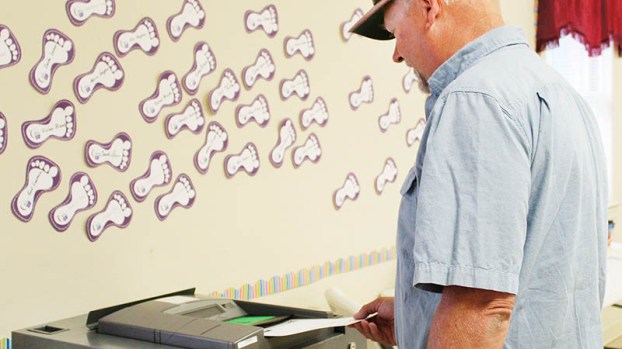 JACKSON – Northampton County will have several newcomers and a few familiar faces on the ballot for the general election in November.

Unofficial results from the May 8 primary showed three Democratic nominees unseating the incumbents currently holding the county commissioner seats in three districts. In the races for sheriff and school board seats, however, incumbents fared better.

The Democratic primary for District 3 pitted three nominees against each other: incumbent Chester Deloatch, Nicole Boone, and Glenn Fleetwood. Boone ultimately secured the nomination with a total of 1,989 votes. Deloatch got 1,174 and Fleetwood received 929.

Precincts in the western part of the county heavily favored Boone. She won the Lake Gaston precinct by 90 votes, Garysburg precinct by 103 votes, and Gaston precinct by 114. Boone also received a majority of the absentee ballots cast for the District 3 Commissioner seat. During One-Stop early voting, Boone received almost 400 more votes than her opposition.

Though it was not enough to secure the nomination for November, challenger Glenn Fleetwood won five precincts in the county, with his largest win coming from the Jackson precinct. Deloatch only won three precincts, all by narrow margins.

Boone will face Republican challenger Dennis Babb in the general election. Babb was the sole GOP nominee for this election, therefore no Republican primary was held.

Buffaloe won most of the western and southern precincts in the county. She also won a single precinct in the east, Pendleton, by one vote. The largest margins of victory for Buffaloe were in the Gaston, Lake Gaston, and Garysburg precincts. She won each of those precincts by over 100 votes.

In absentee and One-Stop early voting, Buffaloe also received a majority of the votes. Of the 1,377 votes cast for District 4 Commissioner during the early voting period, Buffaloe received 829.

Buffaloe and Carter tied in the Jackson precinct, with both candidates getting 68 votes each.

There is no Republican nominee facing Buffaloe in the November election.

Similarly, in District 5, Kelvin Edwards secured the Democratic nomination with 2,233 votes over incumbent Fannie Greene, who received 1,752 votes, according to the unofficial results. Edwards is currently serving as a member on Northampton County’s Board of Education, but chose to seek the commissioner seat instead of reelection to the school board.

Like the other primary winners for commissioner seats, Edwards won by larger margins in the western part of the county. He won the Garysburg precinct by 96 votes and the Gaston precinct by 106 votes. He also received a majority of the absentee and One-Stop early voting ballots cast for the District 5 seat.

While Edwards won the western half of the county and Greene won most of the eastern and southern precincts, the two nominees tied in the Creeksville precinct, with 70 votes each.

There is no Republican nominee facing Edwards in the November election.

In the race for sheriff, the unofficial results showed Democratic incumbent Jack Smith winning against challenger Brenda Burnette. With a total of 2,983 votes, Smith won each precinct in the county. Burnette received a total of 1,291 votes.

In five precincts—Conway, Creeksville, Milwaukee, Rich Square, and Seaboard—Smith won by 100 votes or more. The largest margin of victory was in Conway, with Smith winning by 160 votes.

Of the 1,440 votes cast during the early voting period, Smith received 394 more than Burnette. The margin between absentee votes was closer, with Smith receiving 45 votes to Burnette’s 41.

There is no Republican nominee facing Smith in the November election.

Three seats were open on the Board of Education. The unofficial results showed that incumbents Lucy Edwards and Rhonda Taylor will still retain their positions on the board. L. Edwards received 2,489 votes while Taylor received 2,460.

The third seat, however, is still in question until the election results are finalized. Only one vote separated candidates Catherine Moody and Marjorie Edwards. 2,070 votes were cast for Moody and 2,069 for M. Edwards. The fifth candidate, Shanee Jacobs Smith, received a total of 779 votes. There were 72 write-in votes for the Board of Education race.

In total, the voter turnout in Northampton County for the May 8 primary was just over 30 percent.

Results will remain unofficial until canvassed by the county Board of Elections. The general election will be held on November 6.