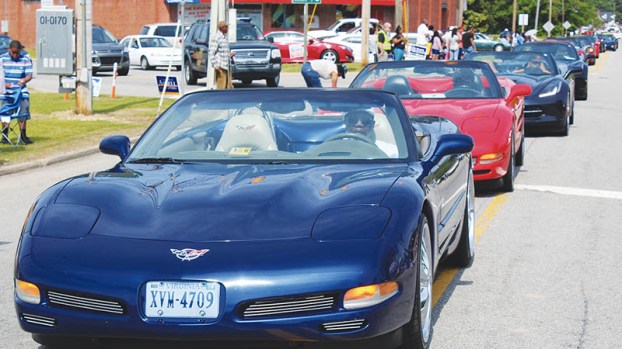 From a parade of Corvettes, to smiling queens, face painting, and even youngsters getting ‘deputized’, people of all ages celebrated a day of fun and festivities at the 18th annual Powellsville Community Awareness Day on Saturday. | Staff Photos by Gene Motley

POWELLSVILLE – This was not a bad way to celebrate your 18th birthday.

Under sunny skies and warm almost-summerlike temperatures, the 18th annual Powellsville Community Awareness Day attracted some of it largest crowds ever for a day of celebration.

The highlight of the day-long celebration is the parade down the town’s Main Street. 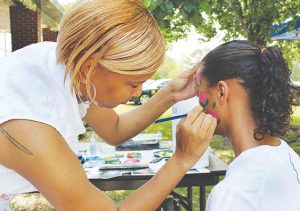 The 2018 Grand Marshall was Powellsville native and Charlotte accountant Shawki Moore. Moore attended C. G. White Elementary where her mom was also a teacher.  A 1992 graduate of Bertie High School, she later attended North Carolina Central University majoring in Accounting and graduating in 1996 with honors.  Currently a Certified Public Accountant (CPA), she also has an advanced Accounting degree from UNC-Greensboro.

“I’m really honored, humbled, and consider it a great privilege to serve as the Grand Marshal for the Powellsville Community Parade,” Moore said as the parade wove through the town.

Among the parade winners were: David Robinson in the Modern Car category; Ernest Wilson in Classic Car; Leroy Smith in Antique Car; Willie Harris in Antique Truck; Clamon Brown for Horse; Zodiac Motorcycle Club of Windsor in Motorcycles, and the Bertie High School Band. The ‘Parade Best’ honor went to the float by Jumping Jacks Day Care of Windsor.

Joseph Mizelle won ‘Best Of’ in the Car Show with his restored 1967 Chevrolet Chevelle, while motorcycle winners were Ricky Spivey in the Cruiser category, and John Holley, Jr. in Sport Bike.  Anthony Flood, Henry Cherry, Linzy Ruffin, and Paul Anderson were also winners.

Special honorarium plaques were given to the Bertie County Sheriff’s Office, the Grand Marshall, and the JROTC of Bertie High School. 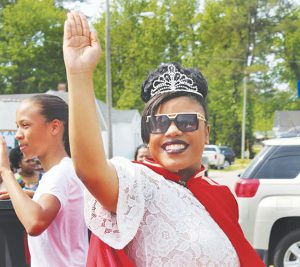 In addition to the parade there were also food vendors, kid’s activities, bingo for senior citizens, a car show, and a gospel celebration with song and dance.

Hattie M. Askew, founder of the Awareness Day, says the idea is to not just celebrate the arrival of springtime, but also to bring folks together to share in the joy of community.