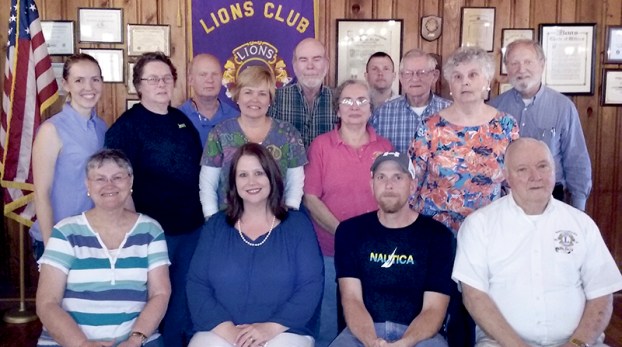 JACKSON – Whenever there’s a need in the community, people don’t hesitate to step up to help. Crystal Martin knows that firsthand after witnessing neighbors and strangers alike come together to help her purchase a special device to aid her vision.

“I’m legally blind,” Martin explained. “They don’t know what caused it. Something happened while giving birth to my daughter. It progressed from there.”

For almost 13 years, Martin has only been able to see with her peripheral vision, and not what’s directly in front of her. Her vision decreased to 20/400, significantly impairing her ability to function independently. Even though she said her husband has been wonderfully supportive by helping her adjust to her vision problem, she still has been searching for different solutions to aid and improve her eyesight. She recently discovered a special pair of glasses which helped.

“These glasses are like little CCTVs,” she said, explaining that the device even has a remote control she can use to focus the image and adjust the color.

She travelled to Charlotte to test the glasses out, happily discovering that it greatly improved her vision. The problem, however, was that the cost of the device totaled $9,995.

“I didn’t know how I was going to come up with the money,” she said.

Originally, she set up a fund in her full name (Crystal Michelle Martin) at Southern Bank to accept donations. But through talking with people at her church, someone suggested she contact a local Lion’s Club. A part of the service organization’s mission is to help aid the blind and visually impaired.

The Jackson Lion’s Club was the closest organization to where Martin lives in Milwaukee. Club President Lawrence Sandy said he was happy to help out.

“This is what the Lion’s Club does. I’m very interested in helping anyone within our community. It just so happened this time it was Crystal,” Sandy said.

The Jackson club reached out to other area Lion’s Clubs—Seaboard, Lake Gaston, and Roanoke Rapids—to raise the money. They also teamed up with the Jackson Women’s Club to hold a pancake supper fundraiser on April 18 to raise additional money.

“The community really came out and supported us on this,” Sandy said, noting that many people who came to the pancake supper gave donations larger than the cost of the ticket. “We also had a Lion, I don’t know where he’s from, who wrote a check for $1,000. We’ve had Lions all over the state who’ve helped.”

Betty Bennett, President of the Jackson Women’s Club, said she always tries to help the Lion’s Club whenever possible. She recalled how grateful she was as a child when the organization helped her family afford her first pair of glasses.

Bennett also emphasized the importance of helping Martin afford the device so that she could see her daughter grow up.

As of April 30, Sandy reported that, through the efforts of the local Lion’s Clubs and the fundraiser, they finally had enough money to purchase Martin’s glasses.

“Everyone who has donated has really changed my life,” Martin said, overwhelmed by the response from the community.

Martin said she grew up in South Carolina and has only lived in Milwaukee the past couple of years, so she doesn’t know a lot of people in the area.

“It’s amazed me how strangers have opened up and done this for me,” she said. “My heart’s just full of joy and appreciation, and I’m so thankful for everyone’s love that they’ve shared and showed. The Good Lord told me to trust in Him and I did, and He certainly has provided.”

Sandy said the Jackson Lion’s Club is always willing to help people in the community, and he welcomes new members to join the club anytime so they can continue their service work. For more information on how to join, contact Lawrence Sandy at 252-589-1001.

WINDSOR – Poverty is North Carolina’s greatest challenge. In one of the most economically vibrant states of the richest nation... read more